The Freedom Fighter Bond Fund has a long history in supporting activists arrested in civil disobedience in North Carolina. It supported the organizers who chained themselves in front of the Governor’s Mansion in defiance of HB2 in 2016. It was there when the teachers took the streets that year too. It also supported the individuals who faced felony charges on allegations they tore down the Durham Confederate Statue in 2017.

And now, the Freedom Fighter Bond Fund has a home with Emancipate NC. 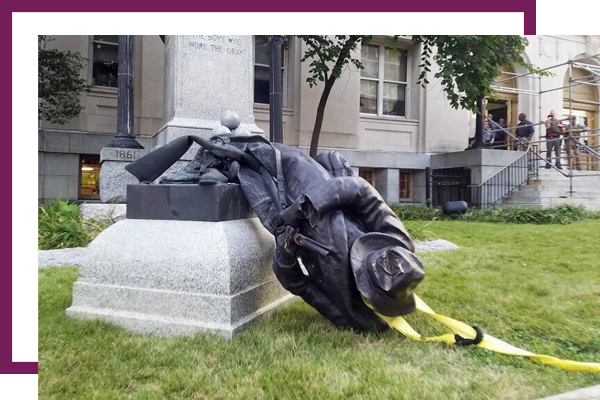 We also suggest coordinating with the National Lawyers Guild Hotline at 919-627-7483 or by email at NCNLGhotline@protonmail.com.

If you’d like to support the Freedom Fighter Bond Fund, visit our donate page and check the box to prioritize your gift to the bailing out and legal defense of activists working to bring change across North Carolina