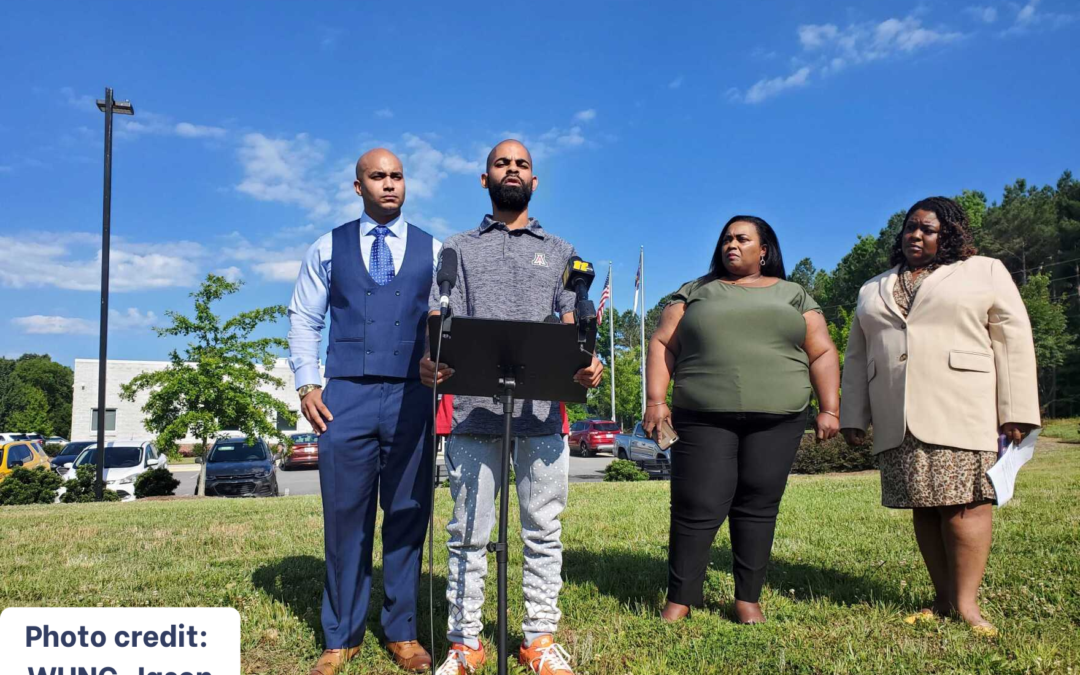 On June 8, 2022, on the heels of Emancipate NC petitioning for release of body camera footage of the police shooting of Reuel Rodriguez-Nunez, Raleigh Police finally admitted they need a De-Escalation Policy.

The police adopted Kerwin Pittman’s language, conceding that police need to protect the “sanctity of life,” in announcing a listening tour to gather community input to inform their first De-Escalation Policy. Their first draft can be accessed here.

The body camera footage from the police shooting of Reuel was disturbing. Reuel, a man in the midst of a mental health crisis, needed de-escalation rather than goading and bullying. But, Master Officer P.W. Coates lusted for blood. He is heard on the camera encouraging Reuel to light and throw a cup of gasoline, stating: “Go ahead motherfucker, do it, do it.”

Pittman and other activists said it should have been clear that Rodriguez-Nunez was having a “mental health crisis,” made clear in part because he was throwing feces and urine. Coates should have de-escalated the situation, said Pittman.

“The scene was already secured and individuals were de-escalating the situation,” said Pittman. “But yet [Officer Coates] chose to escalate the situation, and essentially provoke and bully someone having a mental health crisis.”

Pittman made the analogy that what played out would be like someone approaching a man on the edge of a bridge, and encouraging him to jump to his death.

Coates has been on administrative leave since the shooting. This is the eighth time since 2019 that Raleigh police officers have shot and killed someone.

Emancipate NC encourages you to attend Raleigh’s community listening sessions, and to let them know that the community needs to be part of the decision-making process about these policy changes. The schedule is: