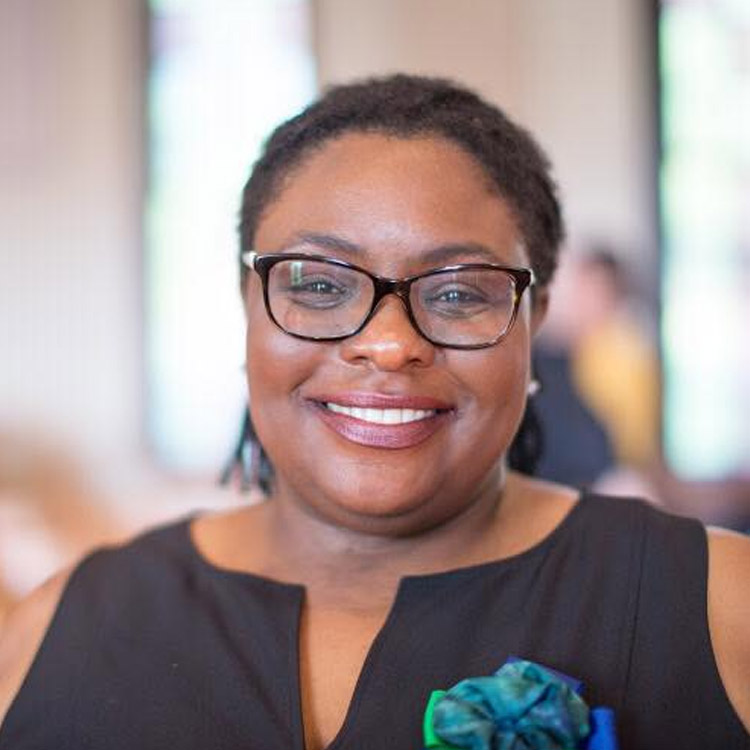 After graduating law school, Blagrove worked for eight years as a post-conviction staff attorney with North Carolina Prisoner Legal Services, where she co-managed the jail credit team of five paralegals dedicated to jail credit issues. During this time, Blagrove evaluated and prioritized requests for criminal post-conviction representation from people incarcerated in North Carolina’s Department of Correction. On their behalf, she litigated motions for appropriate relief and petitions for writs of habeas corpus in N.C. trial and appellate courts. Blagrove also litigated federal habeas actions in U.S. District Courts in N.C.; the Fourth Circuit Court of Appeals in Richmond, VA.; and the Supreme Court of the United States.

Today, Blagrove’s experience as a post-conviction attorney, combined with her undergraduate training in Secondary Education, fuel her passion for educating youth and the public about challenges in the criminal justice system as Executive Director of Emancipate NC.

Blagrove also serves as an adjunct professor for the Criminal Justice Department of Fayetteville Technical Community College. She has taught courses that include Interviews and Interrogations and Introduction to Criminal Justice. She is also a proud co-sponsor of the Capital City Chapter of Jack and Jill of America.

Elizabeth Simpson is a civil rights attorney, as well as a facilitator of communications, development, operations, and emergent strategies for Emancipate NC. Elizabeth obtained her Bachelor of Arts degree in Political and Social Thought from the University of Virginia in 2003. She graduated from Yale Law School in 2009, winning the C. LaRue Munson Prize for excellence in a clinical legal program.

After graduating law school, Elizabeth clerked at the U.S. District Court for the Southern District of New York and the U.S. Court of Appeals for the Second Circuit. She moved to Durham, North Carolina after being awarded the Arthur Liman Public Interest Fellowship to do immigrant rights work at the Southern Coalition for Social Justice. She worked in the model of community lawyering, working with organizers to support legal strategies with media and pressure tactics. Subsequently, she worked at North Carolina Prisoner Legal Services, litigating to enforce incarcerated people’s rights,  notably in Hayden v. Keller, expanding parole for people sentenced to Life as juveniles.  More recently, she worked at the National Immigration Project of the National Lawyers Guild.

Before, during, and after law school, Elizabeth has supported grassroots community organizing. She helped to start the Durham Solidarity Center’s Freedom Fighter Bond Fund in 2015. She was arrested in the Moral Monday protests in 2013, and subsequently represented fellow arrestees in state criminal court on trespassing charges. She is Co-Chair of the Board of the Southern Vision Alliance, a grassroots intermediary that supports social, racial, LGBTQ, and environmental justice, and is the Treasurer of Somos Siembra, the 501c3 affiliate of Siembra NC. 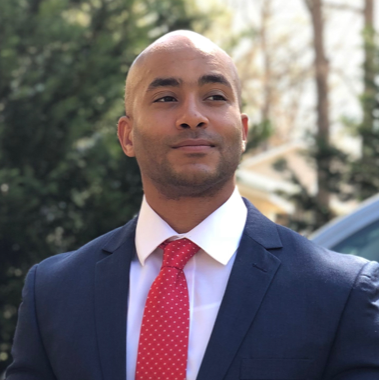 Kerwin Pittman was born in Germany, raised in Raleigh, and is the Founder and Executive Director of Recidivism Reduction Educational Program Services, Inc (RREPS), a nonprofit geared towards reducing the recidivism rate in North Carolina. He spent eleven and a half years in state prison before coming home on January 26, 2018. Serving as a voice for the voiceless, Pittman is a National Social Justice Activist, who advocates in the criminal justice field.  As an author, Pittman penned the book “Love Yours: A Guide on How to Love Yourself,” a self-help book focused on self-empowerment through love of one’s self. Pittman sits on the State Re-Entry Council Collaborative, and the Racial Equity Task Force To Combat Structural Racism in the Criminal Justice System, both of which were created led by North Carolina’s Governor Roy Cooper. 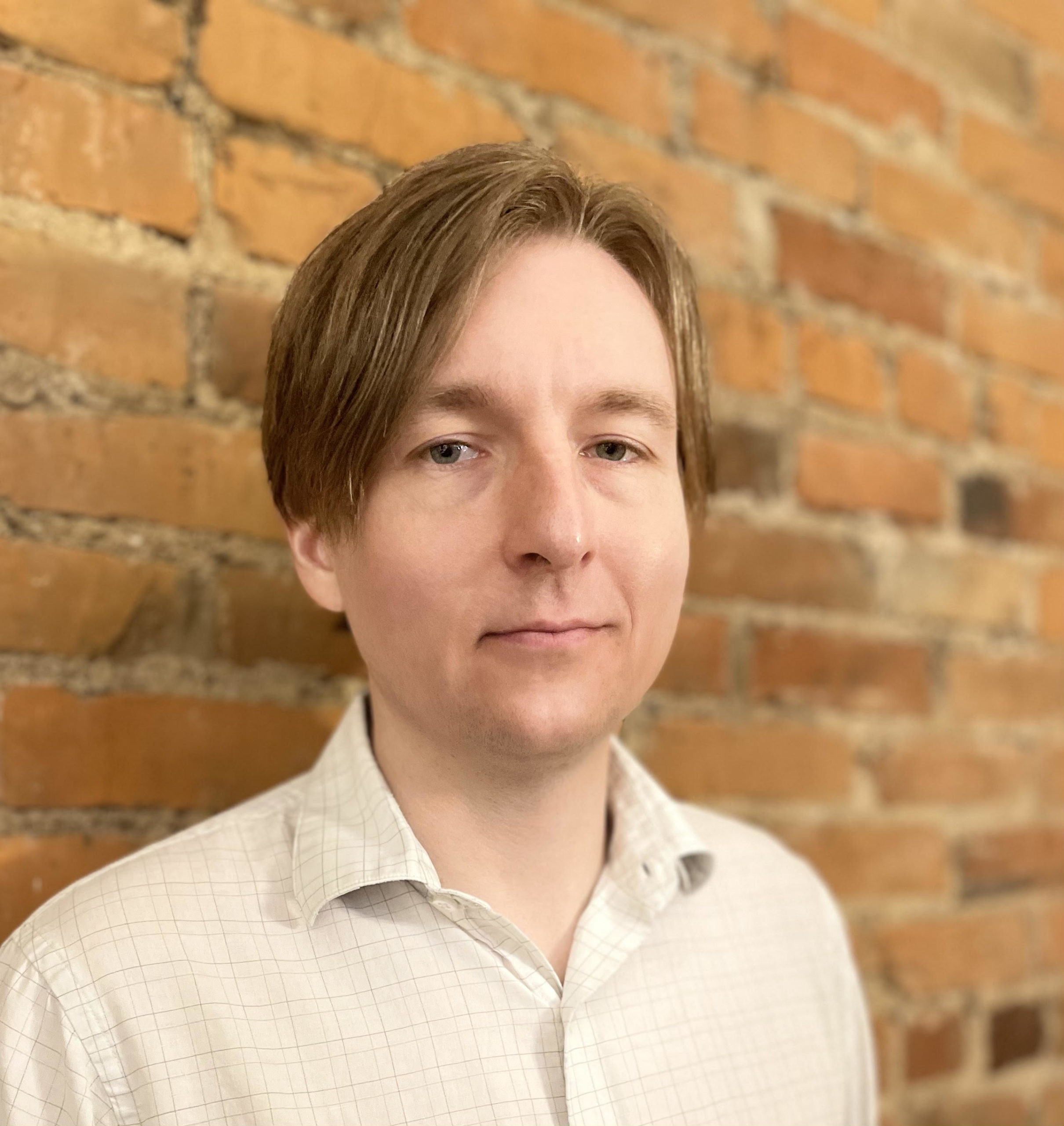 Ian Mance is an attorney and honors graduate of the University of North Carolina School of Law. Originally from Charleston, SC, Mance has worked since 2006 on criminal and racial justice litigation and policy for the ACLU of North Carolina, the UNC Center for Civil Rights, and the Southern Coalition for Social Justice. Most recently, he worked as an attorney in the UNC School of Government’s Public Defense Education Group, where he focused on the impact of COVID-19 on defense attorneys and people incarcerated in North Carolina. Since 2013, he has represented individuals, community groups, and organizations in criminal and civil matters, including the NAACP in cases involving police use of deadly force. He has also played a key role in the adoption of policies across North Carolina designed to curb discriminatory stop and search practices; defended protestors charged with crimes; and successfully litigated cases involving excessive force, illegal searches, prison and jail conditions, jury diversity, wrongful death, and wrongful convictions.

Before going into law, Mance worked for a private investigator and as Shelter Manager of the Hospitality House of Northwestern NC, which administers homeless and transitional shelters for a six-county area. In his spare time, he enjoys following college basketball and traveling. He has been to all 50 states and 14 countries, often to visit sites associated with various freedom movements, including dozens of historic homes and buildings associated with early American abolitionists. 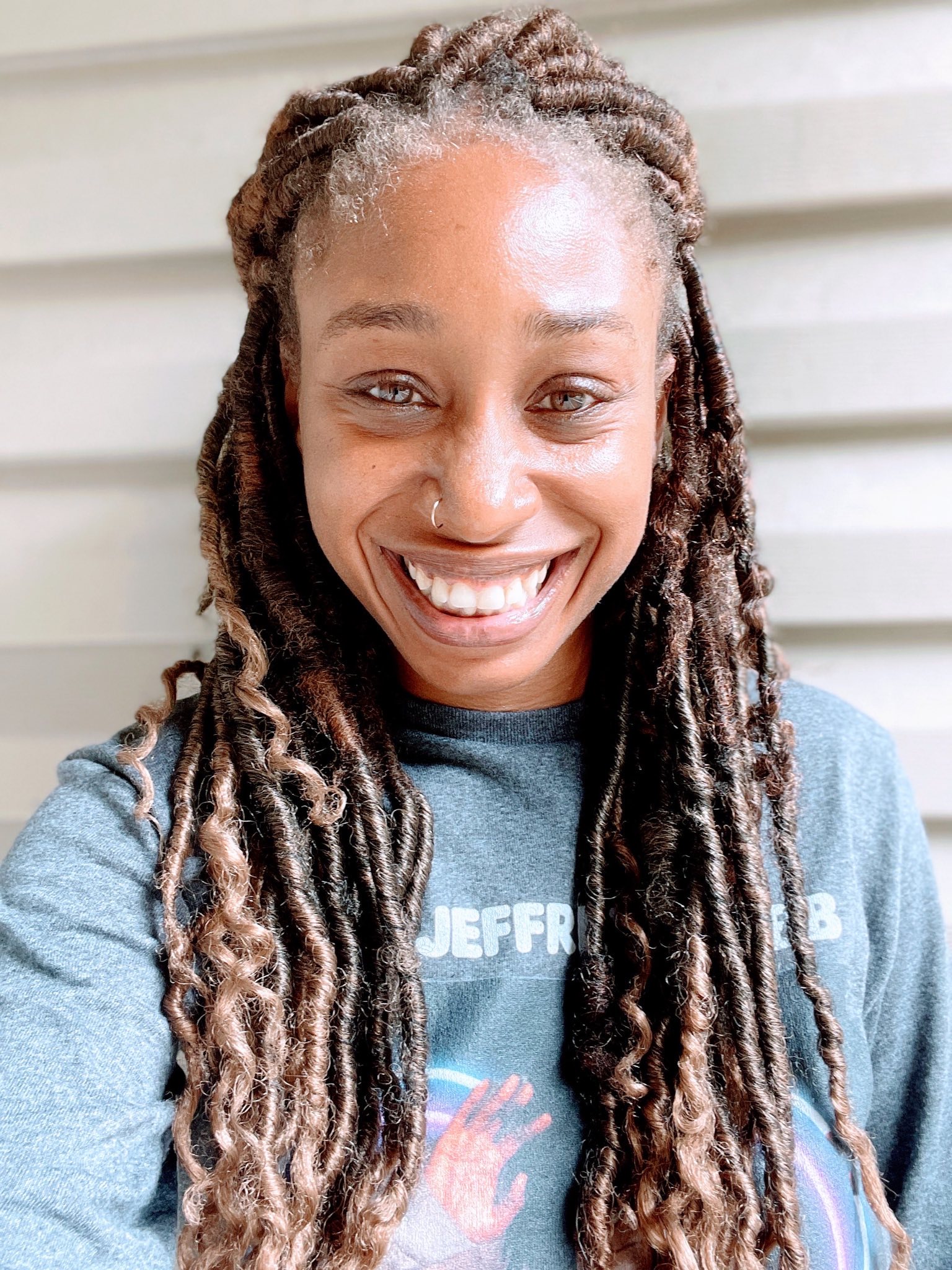 Cierra Cobb is a community activist and advocate residing in Greensboro, NC. Cierra obtained an associate degree in Medical Office Administration at Guilford Technical Community College. She is certified as a paralegal from Western Carolina University, and studied pretrial reform at the Pretrial Justice Institute.  As a member of the Second Chance Alliance of Guilford County, she collaborates with fellow activists to create sustainable transformation of the criminal legal system in North Carolina. She began her work with Emancipate NC as a Justice League Fellow. Cierra is inspired daily by her husband, Jeffrey, who is currently unjustly incarcerated in a North Carolina prison, and her son, who has autism. 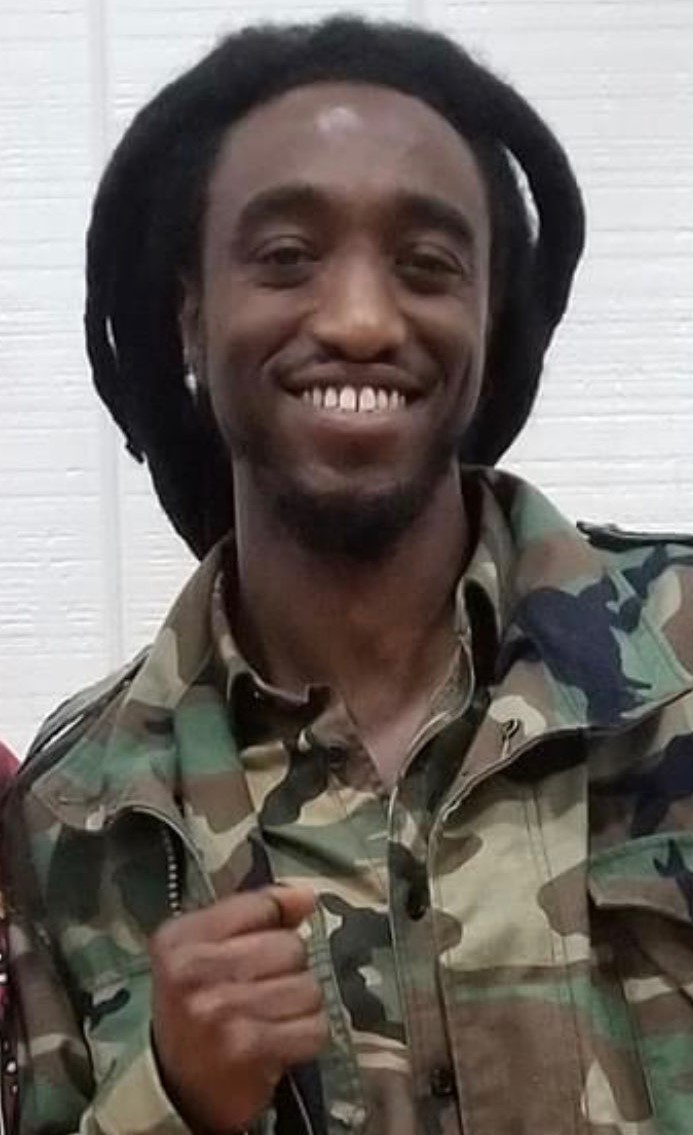 Dedan Waciuri is a community activist and organizer in Eastern North Carolina.

Dedan was born in Tyler, Texas, and raised in Goldsboro, North Carolina. Dedan has been actively involved in the liberation struggle, which includes workers’ rights, police accountability, LGBTQ rights, and immigrant rights. Dedan is involved in C.A.R. (Coalition Against Racism), BWFJ (Black Workers For Justice), and BAP (Black Alliance for Peace). He strongly believes that “power concedes nothing without a demand.”

He is married to Katrina Roberts and they have two daughters, Kenya and Nairobi. 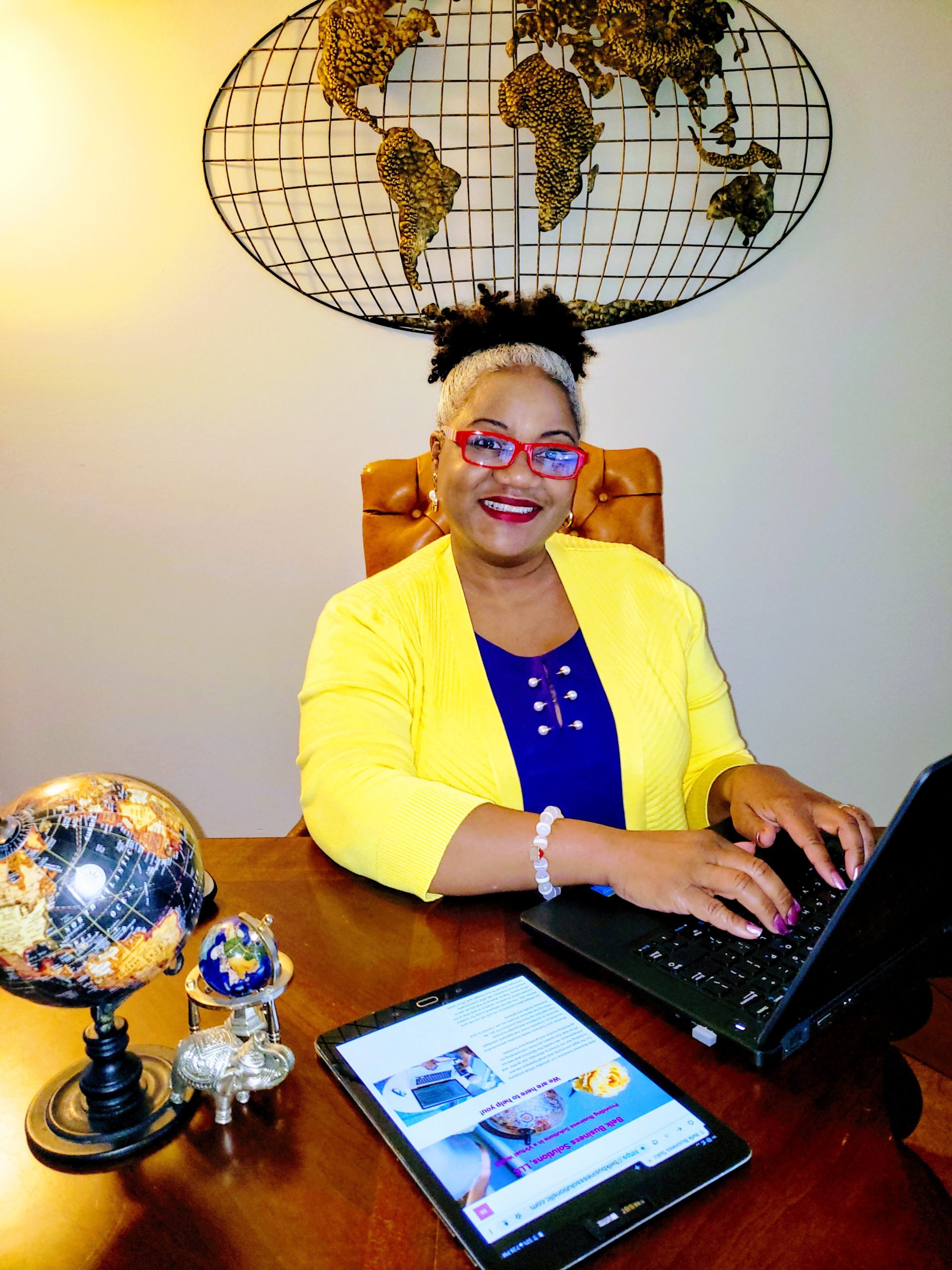 Joy C. Belk is the owner-operator of Belk Business Solutions, LLC. She is a North Carolina Certified Paralegal who serves as the freelance paralegal for Emancipate NC. She received her Bachelor’s degree from East Carolina University, her paralegal certificate from Meredith College, and her Master’s Degree in Human Services from Liberty University. Joy currently attends Grand Canyon University where she is seeking a Graduate Certificate in Forensic Psychology, as she seeks to expand her criminal legal expertise to mitigation.