A Story About Protest Defense in Wilmington, NC 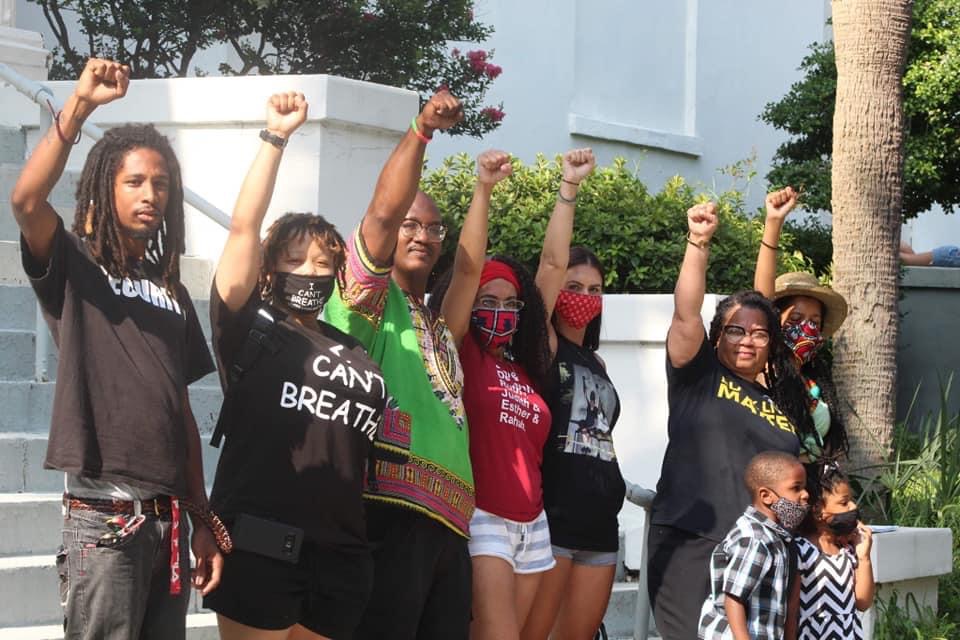 My name is Vanessa Gonzalez. For the last decade, my day job has been as an immigration attorney, assisting undocumented folx to obtain immigration status and avoid deportation. Since my college years, I have participated in numerous protests and demonstrations. It wasn’t until last summer, with the help of Emancipate NC, that I became involved as more than a demonstrator, rather as defense counsel. Because my field of law is so unique, throughout my career I have mostly stayed in my lane. Because I have seen the damage legal dabblers can and have done taking on immigration matters they do not have the experience to handle, I kept my participation in protests to that of a demonstrator and legal observer.

I felt a sense of responsibility to do more. With privilege comes duty. Just as having white privilege comes with the responsibility to do the work to dismantle the systems of white supremacy from which we benefit; having a license to practice law is also a privilege that should carry similar responsibility. To try and take on the criminal cases of fellow protestors alone, without prior criminal defense trial experience, felt ethically irresponsible, so I looked for ways to step out of my lane with the appropriate support. I came across a sign-up for practicing attorneys across the state posted by Emancipate NC, offering training, resources, mentoring, and support for protest lawyers.

I signed up and attended Zoom trainings with seasoned criminal defense attorneys who have tried similar cases throughout the state. I was put into contact with other local counsel, including a practicing criminal defense attorney and a litigator with a background in federal litigation and intellectual property. We became a team, jointly representing various individuals arrested demonstrating in downtown Wilmington in the wake of the murders of Breonna Taylor and George Floyd.

Our local protests not only drew attention to these and other nationally recognized killings of Black people by police, but also those that have happened here in our own city. Wilmington is the location of a horrendous racist massacre that has come to be known as the only successful coup d’etat in American history. Prior to the 1898 Massacre, the city had a biracial fusion government. White terrorists murdered hundreds of Black people, destroyed their property, and forced officials from their positions. This event has not just left a stain on the city, it has continued to affect the demographics of Wilmington and its political landscape to this day.

The majority of arrests during our Summer protests occurred in the very beginning, when on a Sunday night in June local police and Sheriff’s Office officials confronted demonstrators in riot gear ultimately resulting in them gassing those protesting. Local officials, like the DA and the Mayor, showed up to the scene and live on social media announced an emergency curfew. It was only done in English, and there were concerns that the methods of distributing the news of the curfew weren’t sufficient to put the community on notice. Even those downtown had been split into groups in the aftermath of the confrontations with law enforcement. On one end of downtown officers took a knee across demonstrators, whereas on another block officers continued to pursue arrests and use tactics to force people to disperse people from downtown. There were accounts of arrests of individuals actively dispersing to their vehicles, and even of individuals in the vicinity of downtown who were not participating in the protests. Most charges were for Failure to Disperse and for violating the hastily announced curfew.

After this batch of initial arrests, the citations and arrests became more targeted. Local groups involved in the demonstrations obtained a permit to continue demonstrating daily for the rest of the year at downtown’s City Hall. Demonstrations honored those killed by police, and also addressed the needs of the community. They varied in nature from open mic/block party style demonstrations, to clothing drives for locals in need, as well as the typical march and rally style protests. At this same time, our city’s downtown closed off traffic to certain streets to allow restaurants to put tables into the streets because of COVID. Protestors, myself included on some occasions, would march throughout the downtown including this area chanting the names of individuals murdered by police. In the following weeks, officers would show up at random to give out citations for violations of random city ordinances not previously enforced. Suddenly any marching must be single file. Signs had to be within a certain number of inches. Certain individuals were cited for using profanity while chanting during the marches, despite the fact that the entire group did so. On another occasion, some demonstrators were tear gassed while others were arrested at random.

Our team interviewed clients, and prepared to attend our first hearing date. Most of our clients had pretty good facts, in some cases even video, that we felt would support a dismissal. And from my limited District Court experience, and that of our criminal defense attorney group member, we went into the first appearance expecting to negotiate with the Assistant District Attorney. It is common in these types of cases, that defense counsel presents their view of the case to the ADA and come to an understanding of whether they’d consider a dismissal due to the case’s weaknesses, perhaps some sort of agreement like and unofficial deferred dismissal or a more official conditional discharge, or if it was worth the State’s resources to carry the matter to trial. You see, prosecutors have varying discretion at different levels.

It became abundantly clear that these protest matters were not going to be handled like other similarly situated misdemeanors. Our team, and other defense counsel present from the Public Defender’s Office were advised that the ADA had been instructed to set all protest matters over to the same trial date and that the Defendants had the option to plea guilty or try the case, that there were no options to negotiate a plea at that time.

In the weeks leading up to the big trial date for all protest related Defendants, Wilmington’s police made national news. Three officers were fired by the Department, one day after the Interim Police Chief had been officially appointed as Chief. These officers were recorded on dashcam video making racist comments, using slurs in reference to protestors and city officials, and one officer discussed hoping for civil war/martial law and his intentions to “slaughter” Black people. The DA decided not to criminally charge any of the officers, stating that there was no law under which he could do so. As officers continued to visit the protests to advise of alleged ordinance violations and issue citations, protestors often complained that they had been threatened, called racial slurs, and verbally assaulted but no arrests or citations were made for violations against them. A local elected official was even videotaped verbally affronting protestors.

With the mounting tension, and apparent disparate treatment of the criminal cases relating to the protests, our team prepared for trial. We had Zoom prep meetings with Emancipate attorneys and workshopped strategy and legal arguments. I was pleased that the training for volunteer counsel not only included the obvious legal stuff like statute breakdowns and sample motion review, but also conversations around ensuring that volunteer counsel use their client’s preferred name and pronouns, that they understand that some clients might be pushing to settle due to their own personal circumstances while others would seek to push cases to appeal to use their cases as a way to highlight injustices in the system, and how to approach these conversations. On the trial date, the ADA handling the majority of the cases changed their stance and advised that they would offer a Conditional Discharge including unsupervised probation and community service. There were several protestors represented by private counsel, pro bono volunteers, and public defenders. Essentially all protestors took the deal.

We were able to negotiate a plea for Prayer for Judgment, involving no probation or community service, for one client that was being handled by a different ADA. While one individual opted to try their case, they were ultimately found guilty. Many expressed that they didn’t feel confident, with what they had gone through, that they would have any better chances before a Judge.

I continue to be grateful to Emancipate for providing their network and resources to our city, and those fighting to change the systems that seek to eat them up as they do so. We are not done yet.