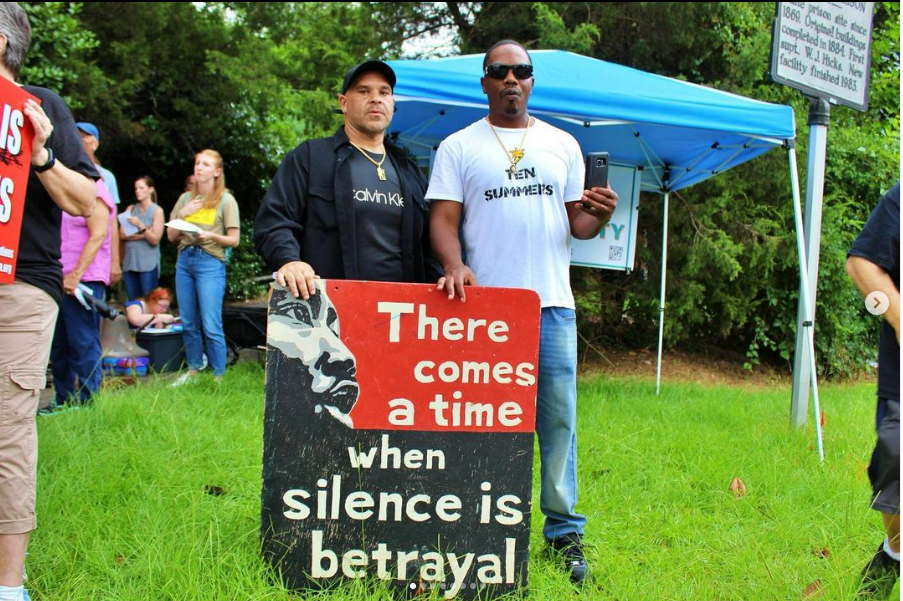 On August 19, the North Carolina Coalition for Alternatives to the Death Penalty (NCCADP) held a week of activity to commemorate the 16th anniversary since the last state-sponsored execution in North Carolina. Emancipate NC is a member of the Coalition.

These events included a vigil at Central Prison, a speaker series, and special screenings of Racist Roots, a film from the Center for Death Penalty Litigation tracing the white supremacist origins of the death penalty. Brandon Smith, Emancipate NC’s Team Documentarian, photographed the events. Check some of the photos out on Instagram: