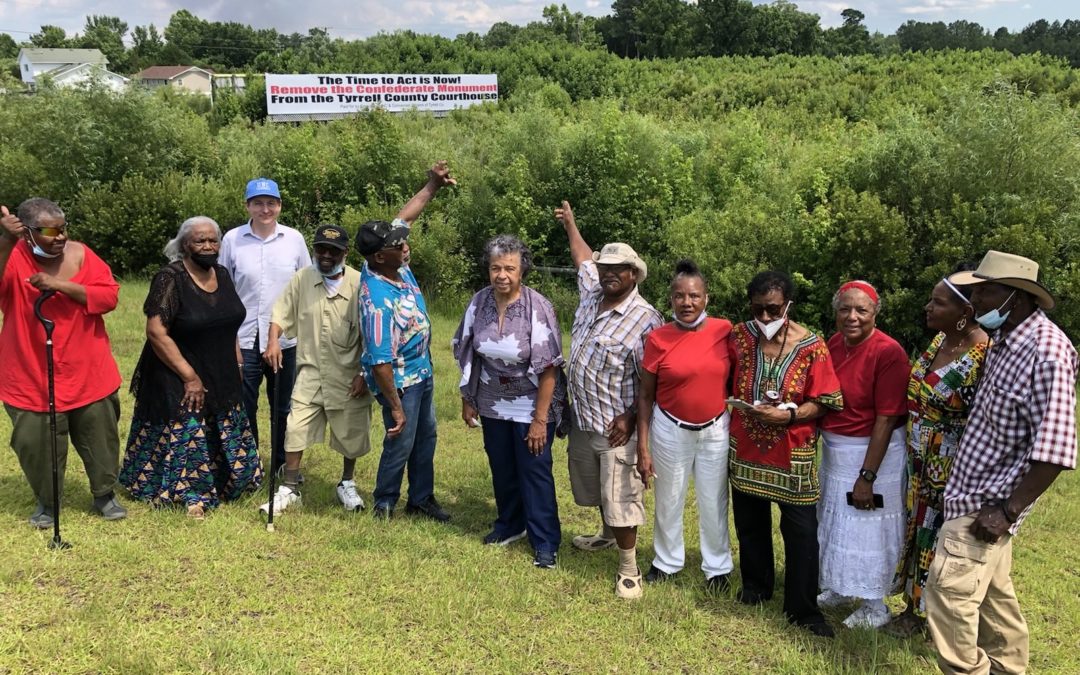 On June 18, Senior Counsel Ian Mance supported the Concerned Citizens of Tyrrell County in a Juneteenth event calling for the removal of the offensive Confederate Monument in Columbia, NC.  NPR reported:

“Having this monument in front of our courthouse is hurtful to people in this community,” said Joyce Fitch, a member of the Concerned Citizens of Tyrrell County. “Many of us who live here would like to see our elected officials take steps to remove it from its current location.”

Concerned Citizens and Emancipate NC, a Raleigh-based social justice group, put up a billboard on U.S. 64 about two miles from downtown calling to remove the monument. Following a Juneteenth celebration on Saturday, activists plan to gather at the billboard.

“The Supreme Court has said that monuments erected on public property are best understood as government speech aimed at ‘conveying some thought or instilling some feeling in those who see them,'” said Ian Mance, an attorney at Emancipate NC who has worked with local organizers. “Tyrrell County’s monument to ‘faithful slaves’ and slaveholders conveys a racially hostile message, and it has no place at a courthouse expected to administer equal justice under law.”