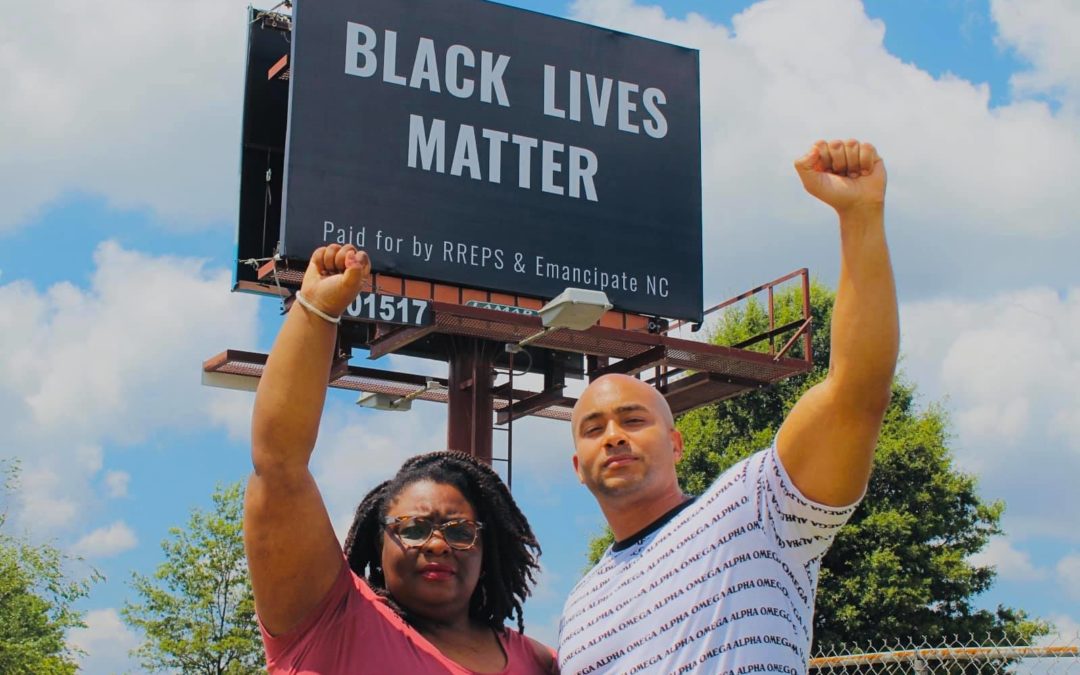 Above, Executive Director Dawn Blagrove and Community Organizer Kerwin Pittman stand in front of the newly-erected billboard that will stay up until at least September 6.

On August 10, Emancipate NC’s Kerwin Pittman helped organize funds and logistics to have another Black Lives Matter billboard placed in Raleigh. Located on Tryon Road right around the corner from the Wake County Detention Center, this billboard site was strategically selected to show solidarity and support for the Black community members incarcerated there. The Wake County justice system has a long, troubled history of racism and bias, resulting in a disproportionately negative impact on Black residents, and we are working tirelessly every day to fight back against it. The billboard site was also chosen as a high visibility road between Raleigh and Garner, so it can be seen by hundreds of drivers every day.

If you’d like to contribute to raising more billboards across North Carolina, you can make a gift to Emancipate NC today.