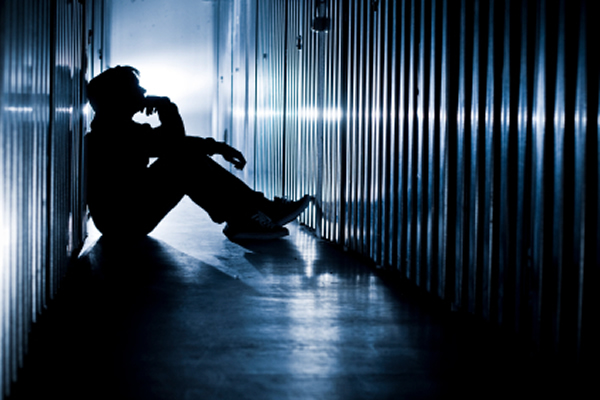 As an organization that is based in Durham and focused on criminal justice issues, we have followed with growing concern the INDY Week’s recent coverage of the Department of Public Safety’s pilot “COVID motel” in this city. We have received multiple complaints from residents of the hotel, as well as their family members and other community advocates, questioning DPS’s authority to hold people in such a way beyond the expiration of their prison sentences. Following publication of the most recent article, our organization undertook representation of Mr. Reginald Cunningham, one the men whose story was chronicled by the INDY and who was arrested following a seven week stay at the motel. He was released from custody earlier this week. While we are gratified Mr. Cunningham is now free, we remain concerned about the state of the program in Durham, which we understand is set to expand around the state in the coming months.

Our organization supports efforts to expand “housing options,” as your agency has characterized the motel, for people released from prison without a home to return to. At the same time, we have questions about what appears to be the coercive nature of the program, about the accuracy of the agency’s public characterization of the program, and about DPS’ authority to detain people at the motel beyond the expiration of their sentences–particularly beyond the 14-day quarantine period. Given Mr. Cunningham’s situation and what we have learned in conversations with others connected to the program, we also have questions about the legality of returning people to prison for violating what appear to be vague, legally unsupported, and unequally enforced “motel rules.”

In a recent opinion, the North Carolina Court of Appeals unanimously held that DPS had been exceeding the scope of its lawful authority to control the conduct of people “based solely on their statuses as PRS supervisees, parolees, or probationers[.]” State v. McCants, No. COA19-115, 2020 WL 7906650, at *7 (N.C. Ct. App. Dec. 31, 2020). While that case dealt with the issue of warrantless searches, the court made clear that outside prison walls individuals retain their core constitutional rights, even as they may remain subject to supervision. DPS cannot lawfully detain or recommit someone to jail or prison for violating a term or condition of post-release supervision “absent express statutory or constitutional authority granting the Commission the power to impose such a condition.” Id. at *8 (emphasis in original). While the Commission has some “authority to make rules, N.C.G.S. § 143B-720 only grants the Commission ‘power’ ‘to adopt such rules and regulations, not inconsistent with the laws of this State[.]’” Id. at *9 (emphasis in original).

Nor may DPS circumvent these limitations by relying on a prisoner’s purported “agreement” to abide by the terms of supervision. As the court in McCants observed, “nothing in Article 84A allow[s] a prisoner to reject any condition imposed by the Commission[.]” Id. at *10. Our organization has spoken with a number of people who reported being told, shortly before their anticipated release from prison, that if they refused to spend fourteen days in the hotel, they would be arrested upon their discharge and taken to their local county jail for violating the terms and conditions of their post-release supervision. As discussed in greater detail below, we are unaware of legal authority for DPS to impose such a condition.

To the extent the department may be acting pursuant to some asserted public health authority, those compelled to participate would be entitled to some form of judicial or due process. Cf. Vitek v. Jones, 445 U.S. 480, 493 (1980) (transfer from a prison to a mental hospital implicated prisoner’s liberty interest, triggering due process, as placement was “not within the range of conditions of confinement to which a prison sentence subjects an individual” and was “qualitatively different from the punishment characteristically suffered by a person convicted of crime”). Insofar as we can tell, multiple people have been held well in excess of the fourteen day period the department told them they would stay at the motel. Some have been rearrested on account of reports from private security officers that they did not abide by motel rules, sometimes while in the course of attempting to advocate for themselves.

Our client was discharged from prison on December 5 and held in the motel until he was arrested and reincarcerated for purportedly breaking quarantine on January 13, more than three weeks beyond his anticipated release. It was his understanding that he was being compelled to stay in the motel on account of his homelessness, even though he tested negative before entering the Quality Inn, only to later contract COVID-19 on the premises. Although he has a number of significant psychiatric diagnoses which require medication and of which the department was aware, DPS provided him just a two week supply of his prescriptions upon his discharge from prison. For weeks, the department disclaimed responsibility for his prescriptions, even as it extended his stay and confined him to the motel well beyond the two weeks he had “agreed” to.

These are serious deprivations. To so restrict someone’s movements beyond the expiration of their sentence, even if it is to a motel room, and even if they remain under close supervision, is to significantly restrain their liberty. Cf. Morrissey v. Brewer, 408 U.S. 471, 482 (1972) (“[T]he liberty of a parolee, although indeterminate, includes many of the core values of unqualified liberty and its termination inflicts a ‘grievous loss’ on the parolee and often on others. . . . By whatever name, the liberty is valuable and must be seen as within the protection of the Fourteenth Amendment.”). It appears those at the motel have effectively been reincarcerated. While these are unsusual times, the North Carolina legislature has not acted to bolster DPS’ authority or discretion to extend people’s sentences, or to return them to custody because of their COVID-19 status or their purported violation of public health recommendations. DPS must continue to act within the ambit of the general statutes. A person’s homelessness, even during a public health crisis, does not vest the agency with any additional authority to detain them.

DPS can certainly work cooperatively with cities and counties to provide safe facilities for people to live and quarantine if they wish to take advantage of them. We encourage them to do so and applaud Durham for taking initiative. The agency can also condition participation and eligibility on adherence to program guidelines, which may include a requirement that people remain confined to their rooms. It can require people to leave if they fail to abide by these guidelines. But the statutes do not permit the agency to create a quasi-prison in a hotel, or to hold people, against their will, beyond the expiration of their sentences; or to deprive them of meaningful access to their medication; or to deputize and empower untrained private security officers to recommit people to prison simply for leaving the confines of their rooms. The agency’s limited remarks about the program would seem to concede as much: Greg Thomas recently emphasized that people at the motel “are not being held. They are being housed so they may quarantine for the safety of their families and communities.”

To be sure, DPS has statutory authority to impose and enforce conditions. However, the general statutes do not support an assertion of authority to confine people to a motel beyond the fourteen days contemplated by the agency’s Memorandum of Agreement with the City and County of Durham. In fact, the agency’s authority to compel people, under penalty of reincarceration, to enter the hotel for even fourteen days is itself ambiguous.

G.S. 15A-1368.4 details the agency’s authority to impose conditions of post-release supervision, to include a number of discretionary, reintegrative, and controlling conditions. Commitment to the hotel cannot be said to be a discretionary condition, as the agency may impose such terms only where it believes it “reasonably necessary to ensure that the supervisee will lead a law-abiding life.” G.S. 15A-1368.4(c). DPS has described the motel as designed to promote public health, not as a program aimed at promoting lawful behavior on the part of supervisees, so this provision does not appear to be in play. Moreover, to our knowledge, there have been no criminal prosecutions anywhere in the State of North Carolina for a violation of COVID-19 health regulations, undercutting any argument that discretionary conditions can be imposed to ensure a supervisee’s compliance with public health edicts.

Nor can commitment to the hotel fairly be described as a reintegrative condition. Although DPS may in some instances require supervisees to “[u]ndergo available medical or psychiatric treatment and remain in a specified institution if required for that purpose,” id. at (d)(2), a Quality Inn is not such an institution, and evidence suggests the quality of care and provision of prescriptions there ranges from poor to nonexistent. (In Mr. Cunningham’s case, he managed to avoid getting COVID-19 over the last year in prison, only to later contract it in the motel designed to protect him from it, requiring his brief hospitalization.)

Similarly, while G.S. 15A-1368.4(e)(7) permits DPS to require supervisees in some instances to “[r]emain within the geographic limits fixed by the Commission,” we are unaware of any instance where that provision has been invoked to limit one’s movement to a single room. During our recent visit to the hotel, people were mulling about on the balconies, smoking and talking, in full view of security officers, who confirmed they were not strictly confined to their rooms as much as the hotel property itself, for which there was an established perimeter. Yet our client was reincarcerated after being written up for being “observed in the stairwell heading to the lobby,” illustrating the ambiguous and arbitrary nature of enforcement activity.

Finally, while there is language in 15A-1368.4(e)(13) permitting DPS to require supervisees to “[r]emain in one or more specified places for a specified period or periods each day,” that provision, by its plain language, applies to people who are being “monitored electronically” by satellite. State v. Grady, 372 N.C. 509, 512 n.1 (2019). While some individuals housed at the Quality Inn may be subject to satellite-based monitoring, it does not appear that DPS can rely on this provision to control the movement of people who are not.

We do not mean to throw cold water on what appears to have started as a well-intentioned effort to expand housing options for people being released from prison during a pandemic who have no home to return to. We applaud efforts to ensure these individuals have a place to go where they can quarantine, if need be, following exposure to the virus. In fact, our organization believes DPS should expand its efforts to promote housing security for every person being released from incarceration. But law enforcement agencies must, in all instances, follow the law. This program appears to have been launched before those involved accounted for all the contingencies that might arise.

Among those that most concern us is the detention of people beyond the fourteen day quarantine period and the failure to account for people’s medical needs, particularly their prescriptions, while they remain for all intents and purposes in DPS’ custody. As signatories to an MOU with DPS, we call on the City and County of Durham and their elected officials, copied here, to play an active role in seeing that these concerns are addressed.

We are seeking clarification on the following issues and stand ready to pursue legal action if necessary should we be unable to persuade the department to devote resources to addressing them:

We would welcome an opportunity to discuss this matter with you directly and anticipate your timely response.