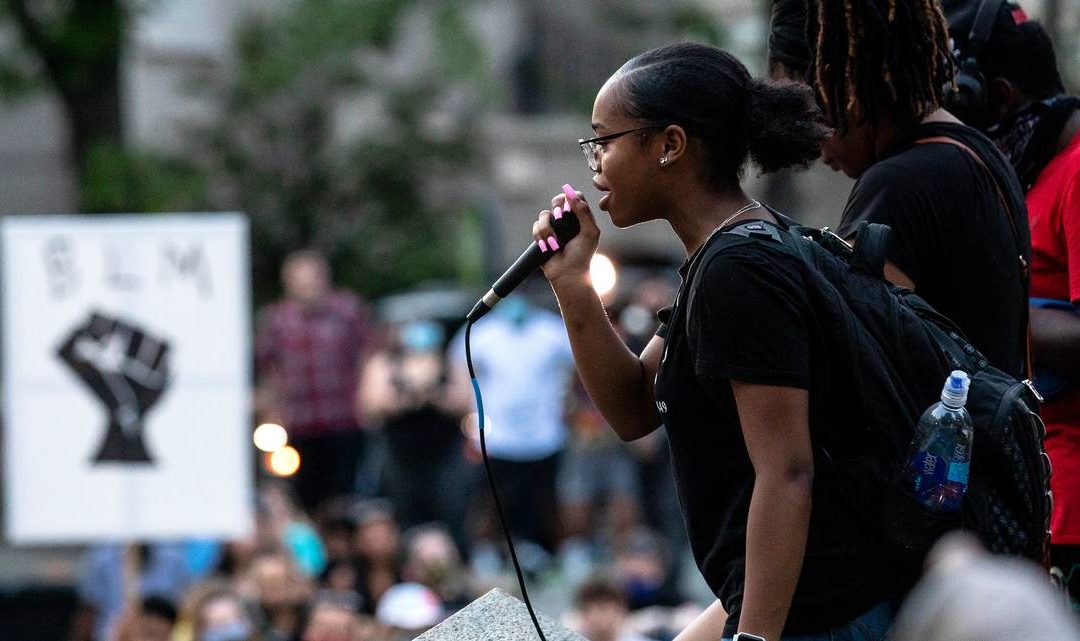 Throughout Summer 2020, Emancipate NC supported protests after the tragic and brutal police murder of George Floyd. In addition to our active presence in the streets and speaking at events, we also provided infrastructure in the form of the Freedom Fighter Bond Fund and the Protest Defense Network, making sure that arrested people got out of jail and were linked with aligned pro bono attorneys. We also worked closely with the National Lawyers Guild Legal Observers team.

Through this work, Emancipate NC met a young high school activist, Nyee’ya Williams. She was and is an inspiring leader, dedicated to the liberation of her people. She was profiled in the News Observer here.

On June 18, 2020, Ny was wrongfully arrested by a Raleigh police officer, Brian Scioli. Officer Scioli accused her of assaulting him, but all video evidence demonstrated that she did not do so. Rather, he ran over her foot with a motorcycle. Afterward, the Raleigh Police Chief Cassandra Deck-Brown held a press conference stating that she was “concerned by the actions of some of our officers, and based on that I have asked . . . for the internal affairs unit to conduct a full investigation on this matter.” All charges against Ny were dismissed.

Emancipate NC attorneys Ian Mance and Elizabeth Simpson represented Ny in settlement negotiations with the City of Raleigh, culminating this month in a strong monetary settlement.