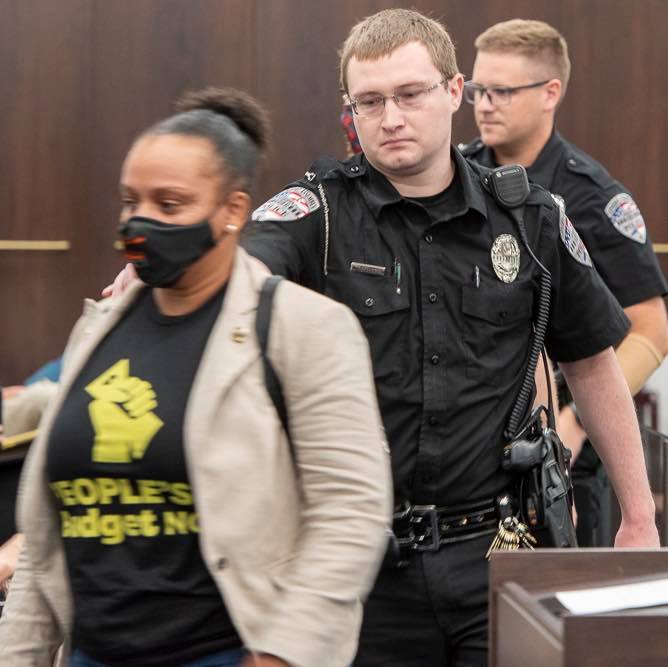 Victory to the People! The Wake County Chief Magistrate signed a new policy to guarantee the right to counsel at the bail-setting stage.

Fayetteville PACT president Kathy Greggs was denied her right to counsel at the Wake County jail on June 29, 2021. She had been arrested at the General Assembly in the course of giving public comments about the North Carolina budget on behalf of the Poor People’s Campaign.

Attorney Dawn Blagrove rushed to the jail to represent Ms. Greggs at her initial appearance, but was wrongfully blocked from assisting her by Magistrates Powe and S. Jackson.

Emancipate NC wrote a letter to the Chief District Judge and Chief Magistrate on July 6, 2021. We reminded them that there is a statutory right for defendants to be assisted by an attorney at the initial appearance and setting of bail. After a productive meeting between the Emancipate NC team, Chief Magistrate Graves, and Judge Sasser, it was decided that a new policy was needed to protect the constitutional rights of the people.

Last week, Chief Magistrate Graves issued a formal policy to correct the office’s mistake and to guarantee a defendant’s right to access counsel at an initial appearance. Remember, there is power in our voices.  #WeKeepUsSafe