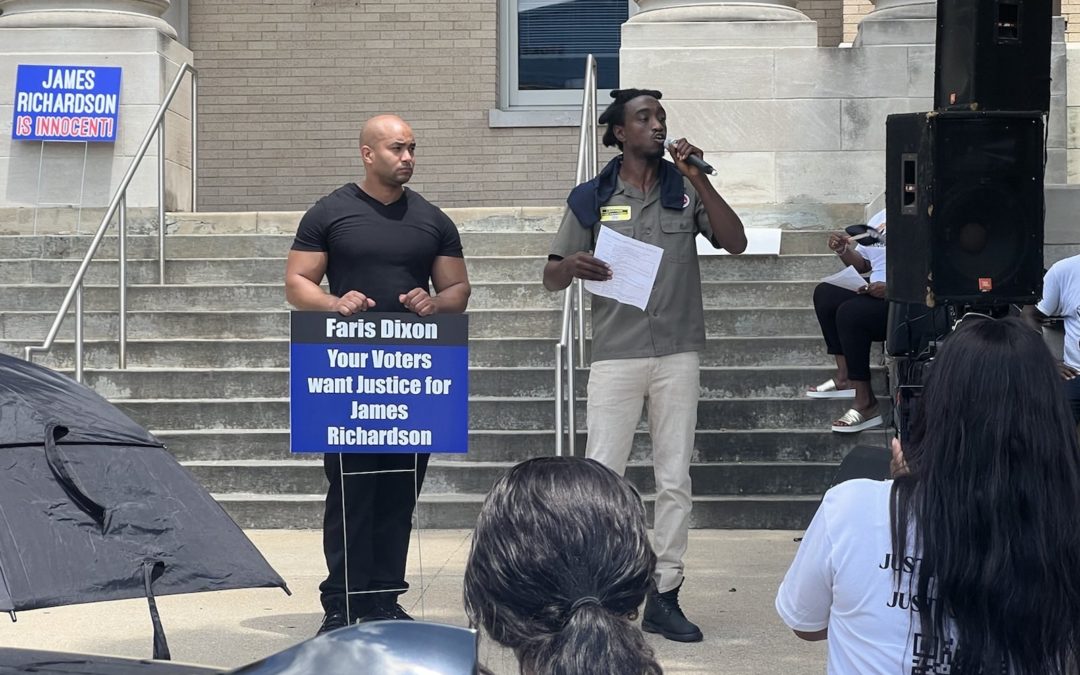 Last month, Emancipate NC joined with family and community to call upon Pitt County District Attorney Faris Dixon to release James Richardson, a Black man wrongfully convicted of murder in 2011. Mr. Richardson was a promising international basketball player and youth activist, ripped from his family. He has served 11 years in state prison, after prosecutors hid exculpatory evidence, including 911 calls that described a different person as the shooter.

Racism played a fundamental role in the false imprisonment of James Richardson. Historically, Pitt County has a long and consistent history of racial tension and divide. We believe that James is a victim of this repression. Because of this underlying racism, then-D.A. Clark Everett played on the emotions of white residents, exploiting their anger and fear, and using James as a scapegoat.

Clark Everett is now retired. He was known to be an overt racist, and he built his career on lying and deceitful tactics that have allowed the false imprisonment of Black residents and poor white residents alike. Dontae Sharpe and Leslie Lincoln, two of the most well known cases, were both falsely imprisoned for crimes they never committed.

Dontae Sharpe, another victim of the Clark Everett/Kimberly Robb regime, spent 25 years in prison before he was later exonerated. What freed Dontae Sharpe was the deep will of the people and the diligent work of his legal team that revealed the conspiracy used to falsely imprison him. He was ripped from his family and the community that loved him. Leslie Lincoln spent five years in jail before she was later acquitted. The immoral practices and catastrophic effects on the people and families involved should be addressed and remediated.