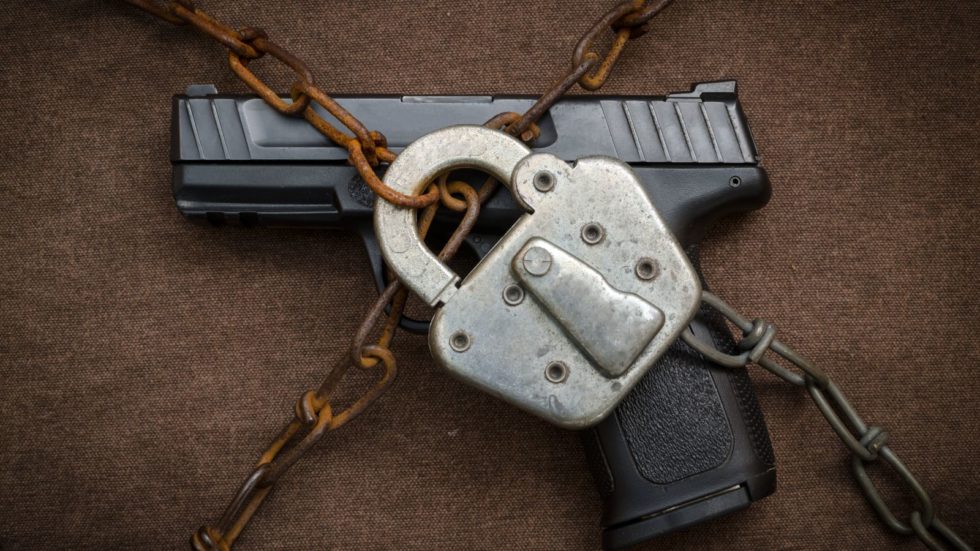 This quarter’s Durham Crime Cabinet showed both progress and a lack thereof. The first speaker of the day was CJ Davis, Durham’s Chief of Police. She overviewed statistics in the city involving gun safety, and discussed programs that are working to better gun safety and lower violence.

Davis discussed how the growing number of homicides is still an issue in the city, at 32 homicides this year alone so far, up from 26 in 2018. She emphasized the accessibility of guns in the community as the largest result of that increase, as repeated break-ins to gun shops, frequent straw-buying – the purchase of firearms secondhand, and legally, from a dealer – and robberies from weapons in vehicles have been reported. Most notably, the Chief stated that more assault-style weapons being used in aggravated assaults within the community. But while the Department has helped to bring in educational programs on gun safety and security, gun-based homicides per 100,000 residents have increased from 3.7 to 10.1 this year since 2011. The most important statistic however, was that most suspects were repeat violent offenders. To this, Chief Davis offered the re-implementation of Project Safe Neighborhood (PSN) which is a federally funded program that identifies top offenders, and focuses on rehabilitation, counseling, and helping offenders get housing and job training. While it seems to be a promising program, Davis offered few other solutions that were community involved, or that targeted both overall gun violence, or the influx of assault-style weapons. All other programs offered were gun safety education and training programs, which, while important, act only as treating the symptoms of the problem at hand, not solving the root cause.

Our second speaker was Jim Stuit, of the Criminal Justice Resource Center. Mr. Stuit’s presentation was not overly informative nor did it include any realistic solutions or recommendations.

Stuit informed his audience that the possession of firearms charges had dropped from 35 to only 16 in 2018, and that more “on-view arrests” were effective in achieving this result. In other words, less individuals are identified and issued a warrant for an arrest. His recommendation to help continue this decreasing trend was to implement more “warrantless” probation searches which could be interpreted as another name for “stop-and-frisk” techniques, which have been ruled unconstitutional (Floyd v. New York, 2013). Such an implementation of policy would be a complete disregard for progress made in the criminal justice field with regards to the civil liberties of those accused or searched. Mr. Stuit also based the majority of his own personal knowledge and understanding of trends in the criminal justice system on the basis of 10 interviews with individuals in the Durham County Detention Center that he happened to perform on one day. He stated he found that ‘most’ of the 10 individuals believed that it was easy to obtain a firearm, and that many obtained one solely for ‘protection.’ He also mentioned these individuals thought it was overall easy to obtain a firearm. His solutions for stopping individuals from obtaining firearms – besides the rebranded Stop-and-Frisk policy contained no social or economically based program solutions, as well as no solutions to involve community or advocacy groups.

Satana Deberry, the Durham County DA, was able to shine a better light on Durham’s progress with regards to criminal justice stating some of the new policies she has implemented in her office.

The most notable of Deberry’s policies included: having her prosecuting attorneys know where they’re sending offenders by having them touring the prison facilities; implementing a racial bias training for the leadership in her office as well as a bias training for those selecting juries; implementing restorative justice – based policies and programs. Her overall goal is to reduce the jail population, which she has already made an impact on. By removing those with low level offenses such as misdemeanors and low-level felonies, as well as any individuals who need more rehabilitative work as a result of mental illness or substance abuse, the DA has largely achieved her goal thus far.

Deberry also discussed her policies with regards to juveniles. While stating that she was and still is an advocate for raise the age, she seemed to be keen on rejecting many school referrals, especially if they were misdemeanors. I believe that this is a crucial step in dismantling the School-to-Prison-Pipeline that the DA has taken action on. Deberry also emphasized the elimination of truancy letters being sent out to families from her office threatening criminal charges because she believes this is not a criminal matter. As she correctly reasoned, it criminalized individuals that were already in a tough situation socially, citing a story of her own truancy due to a death in the family. She capped off her presentation by stating that more social support is needed for youth as opposed to punitive measures like truancy letters.

Overall, today’s Crime Cabinet showed some statistical worries with regards to gun violence that need to be combated with more than just gun safety training programs. While the Cabinet discussed the ability of background checks to lower these gun violence statistics, action needs to be taken on a larger level – at the state level – to show any progress. This Cabinet’s action should start by offering their opinions, and advocating for policies such as increased background checks to state representatives so as to change impacts that so many cities like Durham face on a local level. While Deberry showed progress was being made in her office and in the community, she identified the need for more youth support that is still lacking from the City, as well as a more concentrated effort to involve community leaders and implement programs such as PSN in the community as well. With regards to Jim Stuit, it seems that the Criminal Justice Resource Center does not have a grasp on the issues at hand, and has not looked at recent academia or other sources with regards to potential restorative solutions.

The future for Durham could be bright, but there is still work to be made with regards to criminal justice reform and gun violence prevention.