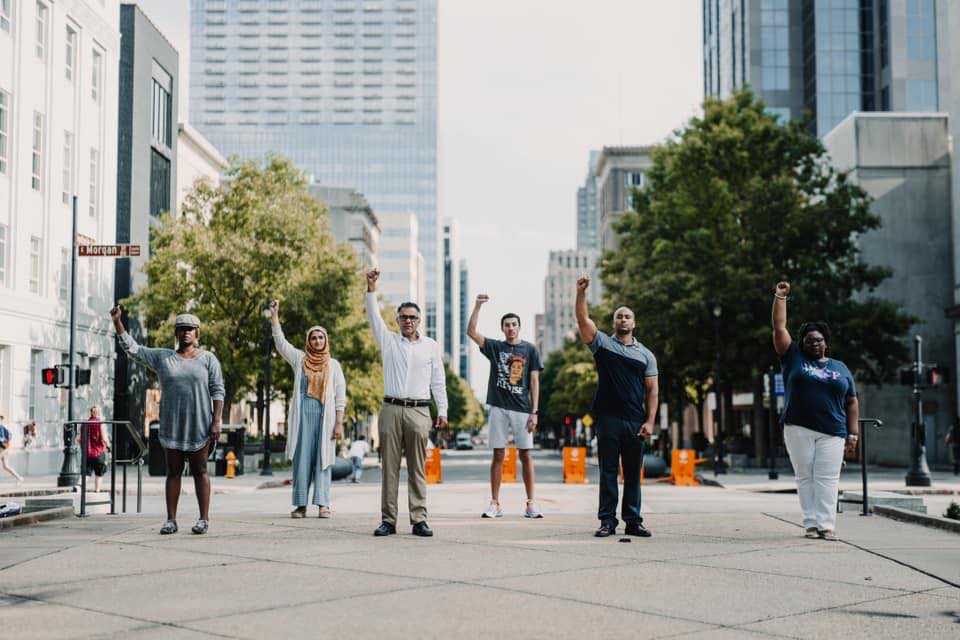 On March 10, two members of the Raleigh Police Advisory Board resigned. Scotia Burrell and Stacey Carless, former vice chair and secretary of the board respectively, cited frustration with the board’s leadership and city employees with questionable neutrality as main reasons for their resignations. Carless and Burrell both referenced perceived disrespect from the board’s chair, Sheila Alamin Khashoggi in their resignation letters. Burrell also referenced a recent meeting with Mayor Mary-Ann Baldwin and City Manager Marchell Adams-David. While she noted that this meeting left her feeling optimistic about the Mayor’s support of the board, she remains concerned that City Manager Marchell Adams-David and Dr. Audrea Caesar (Executive Director of Raleigh’s Office of Equity and Inclusion) are not neutral parties regarding their facilitation of the board’s law enforcement accountability measures.

In response to these resignations, Raleigh Demands Justice held a virtual press conference on Thursday, March 11. Activists and community organizers Zainab Baloch (YAP!), Greear Webb (YAP!), Kerwin Pittman (RREPS and Emancipate NC), Surena Johnson (Raleigh PACT), Faisal Khan (Carolina Peace Center), Marcus Bass (Advance Carolina), and Kim Muktarian (Save Our Sons) spoke at the conference about the obstacles impeding the board’s progress and the high stakes of police accountability for community members. While Greear Webb remains an active member of the Police Advisory Board, he understands the frustration and supports the decisions of the resigning members. “As a young person, a young Black man, living in Raleigh, born and raised in Raleigh, I am disappointed,” Webb said. “Over and over again people of color, but specifically Black people in the city of Raleigh have stood up for not only themselves but their community…And we continue to be shut down by government officials and racism continues to be perpetuated.” The press conference culminated with the following four demands:

The final demand is essentially a reaffirmation of the organization’s previous calls to defund the police and fund social services. Following the announcement of these demands, the organizers of the press conference fielded questions and comments from the press and the public. The representatives of Raleigh Demands Justice continuously emphasized the need for improved transparency in city government and a genuine commitment to police accountability.

The organization’s press release can be accessed here. In this statement, Raleigh Demands Justice refers to these resignations as “proof that the City of Raleigh is nowhere near the required levels of transparency needed to keep communities safe.”