Solidarity with the Incarcerated from NC to Guantanamo 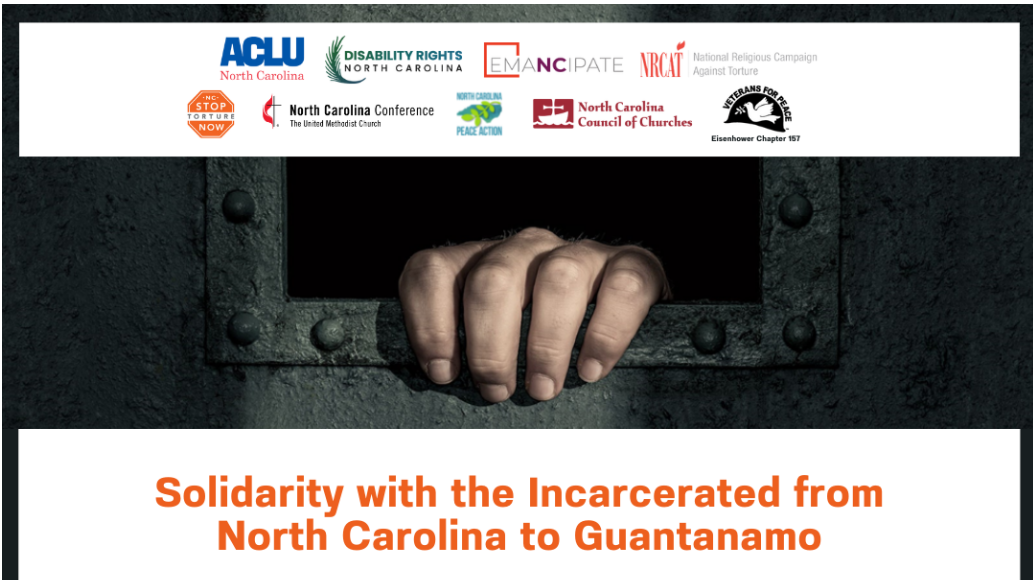 Please join Emancipate NC’s Cierra Cobb and Kerwin Pittman, along with many allied people and organizations, at a coalition event on June 26 at 2 pm at Chavis Community Center to demonstrate solidarity with people in solitary confinement.

Per capita, more people are incarcerated in the U.S. than in any other country on earth. North Carolina is one of 12 states in which more than half the prison population is Black. And our state hosts a CIA aviation firm used in the kidnapping and torture of at least 49 Black and Brown people, all Muslim, in the so-called “war on terror.”

We should be better than this! Let’s take action.

What: A gathering to hear speakers, bear witness, connect with others who care, and write letters to Gov. Cooper. Through virtual reality headsets, “experience” solitary confinement briefly. Watch a short documentary on solitary confinement, and hear at least one person who has experienced it.