The Fight to Preserve Community 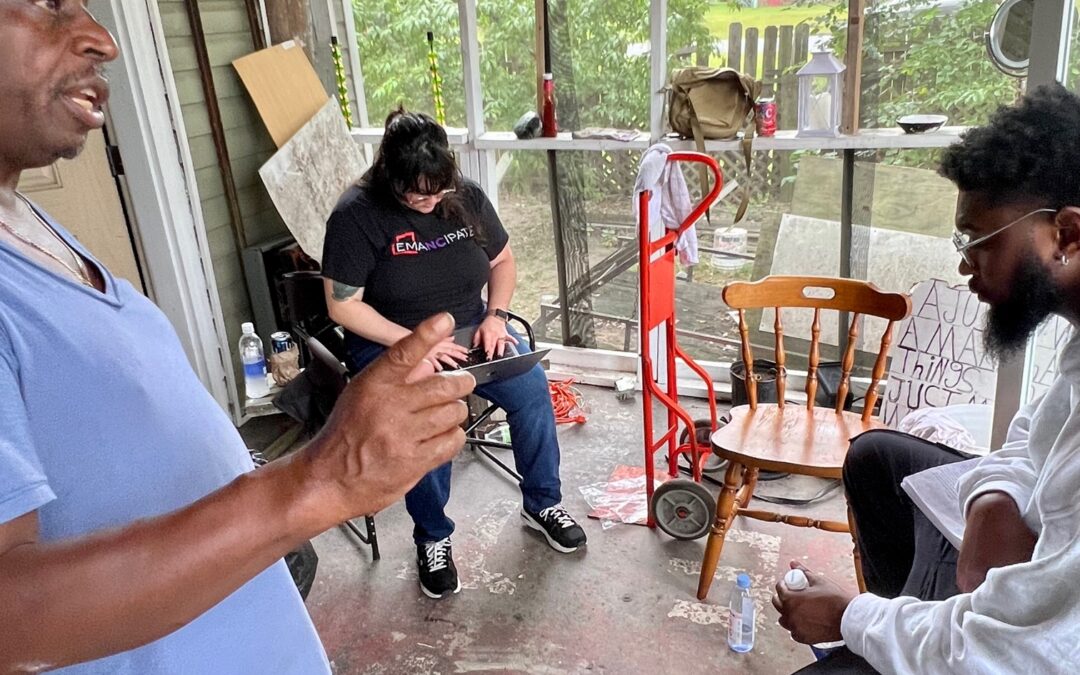 In Greenville, NC, Emancipate is working as part of the Peace Not Police coalition to build alternative structures for authentic community safety. Long-time community members like Jerome Wilson are essential to that cause. Such “anchor neighbors” provide safety and support for others in the community. For example, as an experienced healthcare worker in clinics throughout the area, Mr. Wilson has helped people survive overdoses, been called on to administer CPR, and more.

Unfortunately, the City of Greenville seems set on removing Mr. Wilson from his home.

Throughout the first two years of the pandemic, Wilson had no problems with Greenville Code Enforcement. The trouble began again last year after he called Greenville police to help a young man in need in the community. When officers arrived, they were hostile towards Mr. Wilson and even put their hands on him. After Wilson tried to follow up on the brutality, one of these officers was stationed in Mr. Wilson’s neighborhood. One night, this officer accused Wilson of allowing a young man to sell drugs on his porch. Wilson pointed out the lie: his dog on the porch would not allow anybody to walk up, especially not strangers that come and go. The officer then changed the story and suggested the young man had actually been selling drugs outside the front gate. Wilson publicly called this officer a liar in June 2022. Soon after, the code enforcement warrants were served for his home.

The city listed Jerome Wilson’s home as dilapidated property, citing fire damage, even though none is visible from outside the home. Late in the morning on June 9, police blocked off the streets adjacent to his house on both sides to serve a warrant for fire damage and vagrancy. Such an aggressive method was entirely unnecessary – Wilson has no criminal record – and the code officer and a police officer did not allow Wilson to walk through the house with them to confirm any of the reports.

Wilson went to the Greenville City Council to raise awareness of and support for his case. He was granted until March 2023 to bring his home up to code. Meanwhile, the city is demolishing the house next door with the owner’s approval.

Waves of gentrification are sweeping through Black neighborhoods throughout the country, displacing anchor neighbors like Mr. Wilson and disrupting the integral fabric of long-standing communities. Sadly, rather than dedicating resources to help preserve these communities and their dedicated members, cities like Greenville seem to prefer to condemn the homes and throw them away.