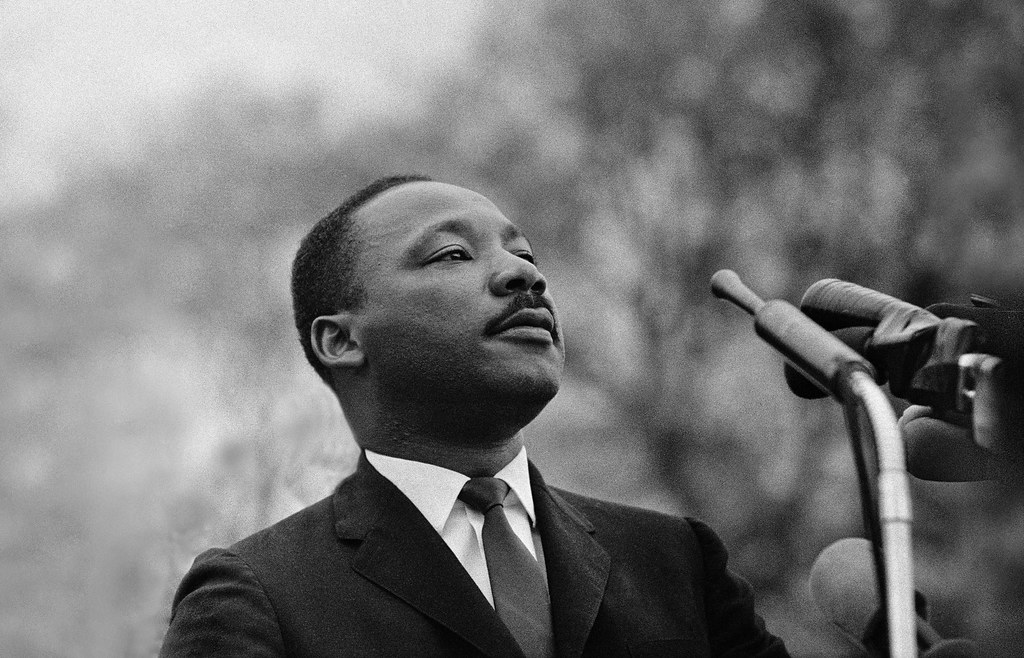 To know King? Or to love King?

Kwame Ture (previously known as Stokely Charmichael) once stated that, “It is one thing to love King, but how well do we know King?” This question, raised during his speech at Spelman College, was meant to challenge the audience’s understanding of who Dr. Martin Luther King, Jr. was as a revolutionary Christian and what his work meant for social and economic transformation. Do we really know King or do we only know the King that was assassinated by the United States government in 1968 and re-packaged for the sake of U.S. tranquility? Ture was engaging listeners in a deeper reflection of the man that spent the last 15 years of his life unbroken and persistent in the tradition of radical freedom in love, while also being sharp and dauntless to the point that he stated that the U.S government was the “greatest purveyor of violence.” It is one thing to love King’s whitewashed image but it’s quite another to know King, to read, study, and analyze King’s reality.

Every year, Dr. Martin Luther King, Jr. is celebrated as one of the most recognizable leaders of the Civil Rights era, and rightfully so, but what is often displayed during these celebrations are diluted renditions of what mainstream society illustrates as the leader Black society needs and should follow in order to reach the desired goal of a more virtuous society. By either invoking his infamous “I Have A Dream” speech or by over-emphasizing his calls for peace, love, and unity (which the capitalist system tries to tell us was one of his greatest contributions) King is undoubtedly one of the most misconstrued figures of the Black Liberation Movement. In a deliberate attempt to pervert King’s work and legacy, the corporate media and the more liberal forces relegate MLK as a figure more fixated on peace and establishing racial harmony, rather than the King who spoke out openly on the ills of poverty, militarism, and capitalism. These attempts to conceal King’s inspirational words and visions of a world where all poor and working-class people lived free from exploitation and despair can be said to be a product of the FBI’s understanding of who the real King was and the potential he had to create a movement strong enough to challenge not only racial hegemony but also U.S capitalism.

While King never said or claimed any ties to socialism or communism, it can be argued that King had socialist leanings, which is evident in his analysis of poverty and class always making it clear that capitalism was the initiator. Years before his untimely death in 1968, King’s persistent criticisms of capitalism exhibited his growing resentment of the social phenomenon. In a letter penned to his wife Coretta in 1952 King admitted being more socialistic in his economic theory more than anything and on March 18th, 1968, two weeks before he was assassinated, King stated in front of a crowd at Bishop Charles Mason Temple of the Church of God in Christ in support of the Memphis sanitation workers that, “If America does not use her vast resources of wealth to end poverty and make it possible for all of God’s children to have the basic necessities of life, she too will go to hell”. This predictive statement on capital to the sanitation workers was not just a religious allegory but a critical look at the material conditions produced by capitalism and the way it kept Black, Brown, and other poor/working-class people in peril was destined for hell fire, hell fire being the inevitable resistance and rage that comes with being exploited and oppressed.

Another part of  King’s genius that has been concealed and tucked away in the more lenient and pleasant King that had to be modified for Black general consumption was his ability to interpret violence. What is rarely discussed when it comes to the words and thoughts of King was his constant progression around the question of violence. Seeing the birth of the Black Power slogan take place in Mississippi during the 1966 Mississippi freedom march King quickly realized a turn in the tide of the traditional non-violent approach to a more radical development coming from Black youth. In the last book written by Dr. King, Where Do We Go From Here (1967), King vividly looks back at the moments when Black Power demanded a place in the Civil Rights Movement. In many ways, King openly supported the call for Black Power and understood the rising level of frustration in an atmosphere that he described as a place where “false promises are daily realities, where deferred dreams are nightly facts, where acts of unpunished violence toward Negroes are a way of life,” adding nonviolence would eventually be seriously questioned.  In an excerpt from his book King not only goes over why he supports the Black youth’s call for self-determination but how it was conceived through terror and violence:

“Black Power, in its broad and positive meaning, is a call to Black people to amass the political and economic strength to achieve their legitimate goals. No one can deny that the Negro is in dire need of this kind of legitimate power. Indeed, one of the great problems that the Negro confronts is his lack of power. From the old plantations of the South to the newer ghettos of the North, the Negro has been confined to a life of voicelessness and powerlessness. Stripped of the right to make decisions concerning his life and destiny, he has been subject to the white power structure’s authoritarian and sometimes whimsical decisions. The plantation and the ghetto were created by those who had power both to confine those who had no power and to perpetuate their powerlessness. The problem of transforming the ghetto is, therefore, a problem of power – a confrontation between the forces of power demanding change and the forces of power dedicated to preserving the status quo.”

These words were not the words of a man loved by all but a man that was a black sheep in the clergy realm, a man that had a 55% disapproval rating from Black people for his stance against Vietnam and his efforts to eradicate poverty, all while being a target of the FBI. The Radical King that fought and died April 4 1968 was not a man only concerned about peace and love, but a man with a strong desire to end militarism, poverty, capitalism, and imperialism, all the things that made him an immediate threat to the U.S government.

With this year marking the 54th  anniversary of Dr. King’s assassination it is important that we reclaim the legacy of King out of the hands of the corporate parasites and neo-liberals who continue to use King in the interest of the white power structure in an attempt to confuse the masses about one of our most remarkable leaders. It must be understood that  the sanitation of Dr. King is a deliberate attempt  to keep the black masses in a place of political paralysis.

Rabbi Abraham : “The whole future of America will depend upon the impact and influence of Dr. King.”