Welcome to the 2022 Justice League 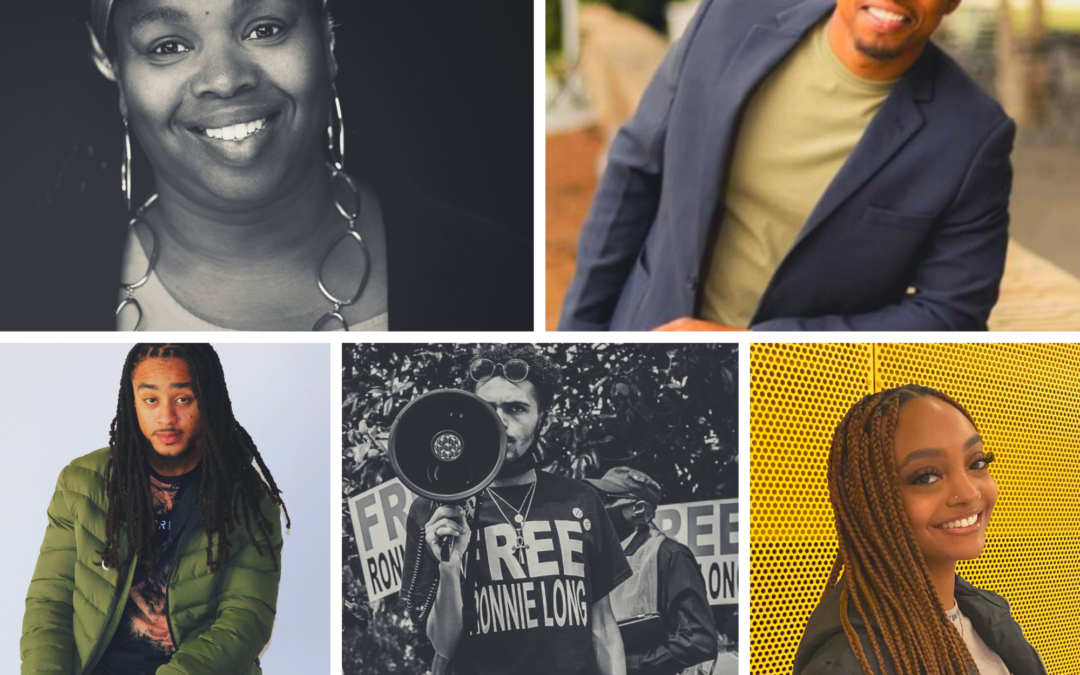 The group will work together this year to build relationships, learn advocacy and organizing skills, and develop campaigns to end mass incarceration and structural racism in North Carolina. Photos of the whole team can be found here.

Alberta White is from Charlotte, NC. She was criminalized for addiction and the color of her skin. She wants to dismantle the system.

Amanda Anderson is from Cary, NC. She spent 15 years addicted to heroin and incurring felony drug charges. She wants to end mandatory minimums, cash bail, the use of confidential informants, and more.

Antwan Covington is from Cary, NC. He spent ten years as a youthful offender, and worked at the Governor’s Mansion as an incarcerated person. He wants to change sentencing laws for juveniles and young people.

Barbara Gaskins is from Washington, NC. She was pregnant at age 18 when she was sentenced to probation. She wants to use her knowledge of how this charge has followed her in order to tear down and reconstruct the system.

Chablis Dandridge is from Charlotte, NC. He has been in and out of detention since age 14. He wants to see prisons transformed into restorative healing centers.

Erin Blagrove is a student at North Carolina A&T. She would like to see a massive reduction in the number of Black people in prison.

Phillis Utley is from Asheville, NC. After someone helped her by bailing her out of jail, she fights for collective freedom.

Evelyn Hill is from Charlotte, NC. She spent seven years in North Carolina prisons and works to assist men and women transitioning home from prison.

Jatoia Potts is from Durham, NC. She was incarcerated 8 months for a crime she did not commit, causing her to lose everything, including her children. She wants to grow an understanding that being held in confinement is not the way to solve anything.

Jaymond Bryant-Herron is from Kannapolis, NC. He grew up with many of the men in his family in and out of jail, and came to learn that the criminal system has stripped too many Black men from their homes. He wants to end cash bail, legalize marijuana, and offer proper help to those with mental illness and substance abuse.

Kylie Rice is a student at North Carolina A&T. She has witnessed the effects of the broken system. She aims to become a civil rights attorney to reduce voting discrimination.

Kyla Holton is a student at North Carolina A&T. She has witnessed the justice system’s impact on the Black community as a whole. She wants to pursue a law degree to work on juvenile justice and civil rights.

Khelsei Dorsett-Wilson is a student at North Carolina A&T. Her personal family experiences with incarceration led her to a passion in fighting against the disproportionate incarceration of people of color.

Michael Oliver is from Mt. Olive, NC. He spent 12 years incarcerated. He wants to stop people of color from being incarcerated and convicted wrongly.

Laurie Sykes is from Asheville, NC. She was incarcerated for five and a half years, due to addiction. She would like to change sentencing laws because dehumanizing us is not right and it will not lower recidivism. Mass incarceration should not be big business.

Nia Lipscomb is a student at North Carolina A&T. She has seen police brutality affect men in her life. She would like to see police held accountable.

Quieysha McDougle is from Morrisville, NC. She had a family member arrested and detained, and saw how ineffective attorneys and cruel correctional officers harm individuals. She would like to see the system provide fairness.

Sean Bates is from Gaston County, NC. “We should not be expected to accept or respect a system that was designed by people who owned people. It doesn’t matter how many things they put a revision to. They will not be accepted.”

Brandon Smith is from Raleigh, NC. He spent three years in prison due to a teenage mistake. He would like to help young men avoid that situation.