When White Hypocrisy Meets Policy: The Dangerous Case of HB805 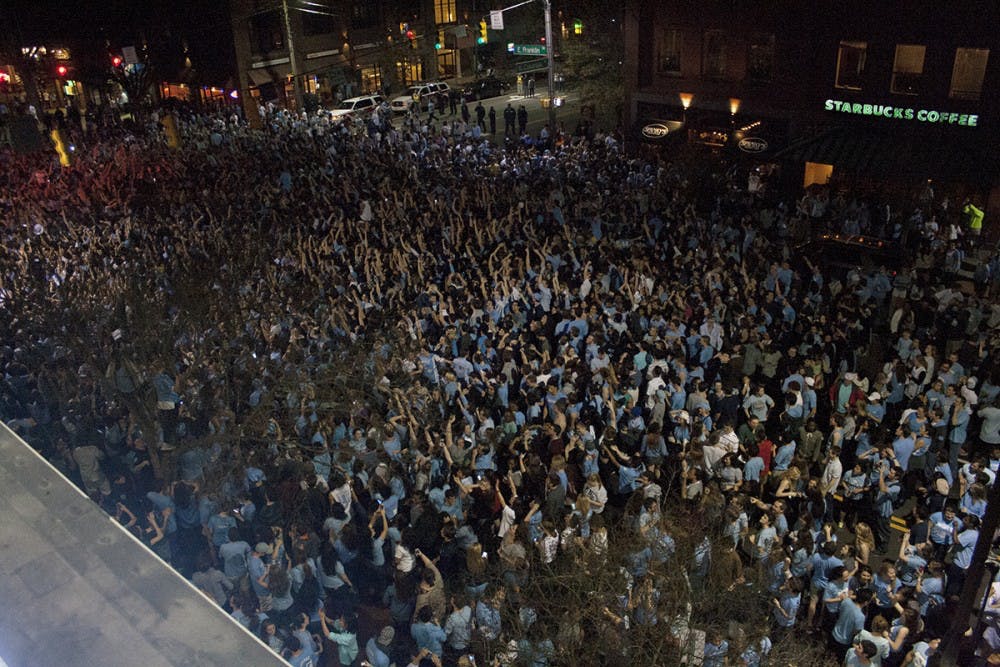 Whenever the brutality of state-sanctioned repression reaches a certain extreme, the people of this nation rise up against the never-ending wave of police brutality, police murders, and targeted mass incarceration.

Like clockwork, angry internet commentators and local officials, feathers ruffled by the mere idea of city residents not bowing down to the rigid desires of cops and mayors, respond in droves. Metaphorically clutching their pearls, the brave keyboard-warriors write think-pieces about “riots” every time a window is broken and seek excuses (“antifa AGITATORS!”) in a blind attempt to point fingers and mask their fear of Black-led protest. Now, House Bill 805, drafted by the far-right as a direct response to the Black Lives Matter movement, sits on the Governor’s desk, threatening to codify this thinly veiled racism into law.

Despite the bull-headedness of these actions, this self-righteous horde of critics doesn’t always respond in such a punitive manner. Let me take you back to 2009, when 30,000 UNC students shut down Franklin Street on a warm April night. Flames shot into the sky as a chanting crowd slowly filled its collective body with cheap alcohol in an event weighed down by property damage, theft, injuries, and even sexual assaults. A man climbed up a light pole and attempted to saw through a live power line. Another threw a firecracker into the air, illuminating the emotional faces of a predominantly white crowd. Many in the throng lit bonfires with whatever they could find on the street, showing their faces and sharing their names with local news organizations without fear of arrest and prosecution.1

As revellers crowd-surfed on a street sign torn from a nearby pole, one would be justified in asking how the city had reached this point. Had a national tragedy created a communal outpouring of grief that had transformed into rage? Had the city failed the people by excusing the horrific acts of a city employee? No. A local basketball team had won a national championship.

While a championship win is reason to celebrate, one could fairly expect the response to this destruction to be damning. After all, the students had set more than two dozen fires over the course of the night (in fact, at one point 24 were burning at once) and caused over $200,000 in property damage. How could pundits not respond harshly, given that the sum was far more than the rare alleged broken window, piece of graffiti, or less seen in the majority of cases where police cracked down on Black Lives Matter protests in 2020? How could this spontaneous gathering not be met with threats of militarized police or new ordinances, when, 11 years later, local governments across the state would respond to marchers with riot cops and legally-questionable curfews?

Of course, many responded to this outpouring of destruction on Franklin Street with the mentality so often offered to predominantly white, college-aged individuals: Boys will be boys.

One media source posted an excited video compilation of the event, including an all-caps display of “After we won our fifth NCAA National Championship,” on their Youtube account.2 Another local news site titled a photo of a burning sofa with the words “Streets blocked off in Chapel Hill” and captioned a photo of students climbing a traffic pole with “The crowd showed teamwork as everyone pitches in to help this climber reach her goal.”3

University officials also avoided strong negativity when discussing the incident. During a small community forum, university leaders discussed the tradition with caution, choosing to focus on safety measures without threats of strong-armed retaliation and hefty charges. Attendees at the forum rightfully focused on positive mitigation efforts to allow for continued celebration, such as giving out free food to keep people from drinking as much and the addition of a rooftop DJ to spread people down the street.4

The welcoming approach towards these celebrating students could not be more different from the swell of right-wing support for harsh crackdowns against racial justice protestors. Over the course of 2020, police departments across the state indiscriminately arrested protestors on riot charges, threw non-resisting college students and minors to the ground with callous brutality, and treated the slightest act of political protest as an excuse to declare an unlawful assembly. Law enforcement in Raleigh even fired rubber bullets and tear gas in a manner so vicious that, according to an after-action report (drafted by a firm packed with former Police Chiefs, and commissioned by Raleigh City Council), “[b]oth RPD and community members agreed that the use of tear gas started the escalation of the confrontation between protestors and police [on the first night].”5 Commentators, especially on the Right, cast the entirety of protesting crowds as a menace, a bogeyman in the dark threatening the American family and its devout purity.

These two scenarios, the lenient treatment of at-times chaotic revellers and the aggressive branding of racial justice protestors as rioters, makes one thing clear: these bloggers and officials across North Carolina are either far more aggressive and vicious than they were 11 years ago, are more interested in maintaining social control than they are in preventing property destruction, or both.

Now, the state legislature is moving forward with a bill that would put yet another weapon in the arsenal of the very cops who beat down protestors in 2020: HB805.

HB805 imposes harsh penalties on individuals arrested at protests in a manner insulting to the very concept of free expression. By extending detainment time following arrests and expanding (and strengthening) charges for simply marching in a protest deemed a riot by law enforcement, reactionaries in the North Carolina General Assembly have shown a hell-bent desire to rain down punitive (in)justice on those who dare to oppose the rigid views of the state. If the threat of collective punishment wasn’t enough, the bill greatly expands civil penalties faced by protestors, allowing a plaintiff to recover for treble the actual damages sustained.6

Where was this bill when dozens of fires burned on Franklin Street? Where was the Right’s indignation when reports of sexual assaults and property damage invaded a championship-winning celebration? It was nonexistent. Why? Because this retaliatory bill is nothing less than the exertion of faux outrage over so-called “riots” as a tool to further criminalize Black voices, Black protest, and the rights of Black Americans.

At this stage, Governor Cooper is the only person who can stop this dangerous bill from becoming law. With a stroke of his veto pen, the Governor could send the bill back down to the General Assembly, where a uniform wall of free speech-supportive legislators has the strength to block any attempt at veto override. HB805 must be sent to the dustbin of history where it belongs.