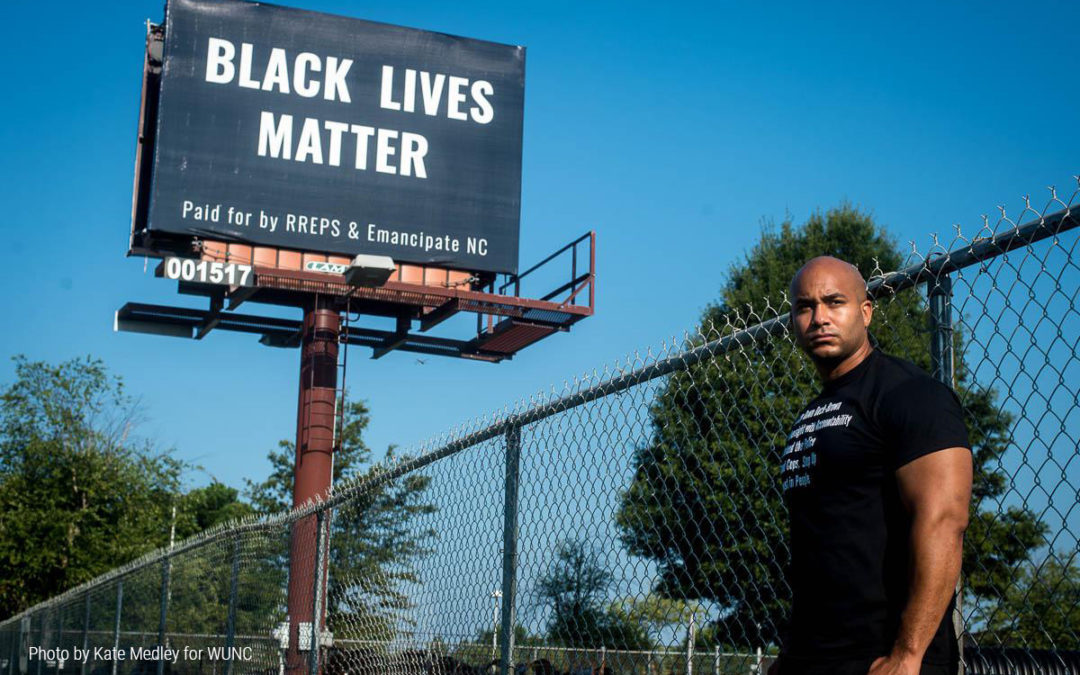 In their series “Calling for Change,” WUNC has been talking with North Carolinians who are advocating for major changes in policing. On September 10, they interviewed Emancipate NC’s Kerwin Pittman about his life and what drives him in the fight for change.

At 19, Pittman was in a notorious gang and convicted of conspiracy to commit murder. He remembers prison guards constantly seeing him as a threat. He was released on good behavior when he turned 30. Today, he is a member of the governor’s new task force examining racial inequities in the criminal justice system. As a field organizer for Emancipate NC, he has helped post Black Lives Matter billboards in Raleigh and Pittsboro.

I could speak testament to how solitary confinement can take adverse effects on the mental [health], because the guy who was right next door to me in a cell, when I came in, we was able to hold a conversation. After six months I was there, he was no longer… you couldn’t even communicate with him. So, I seen it firsthand.”

What makes you organize now?

What motivates you to advocate for prison reform?

“To be on the menu means you will be negatively affected by the structural system… be it economics, criminal justice, regardless you will be affected in some way, some form. And I’m willing to lay down my life, I’m willing to give my last breath, for the fight of liberation and for my people and to uplift them and just rebuild what I once helped destroy. So as hard as I went when I was involved in gang activity, I’m gonna go just as hard if not 10 times harder than that rebuilding my community.”

“I sleep, eat, live, breathe activism in some form.“

You can read and listen to the full interview at WUNC→