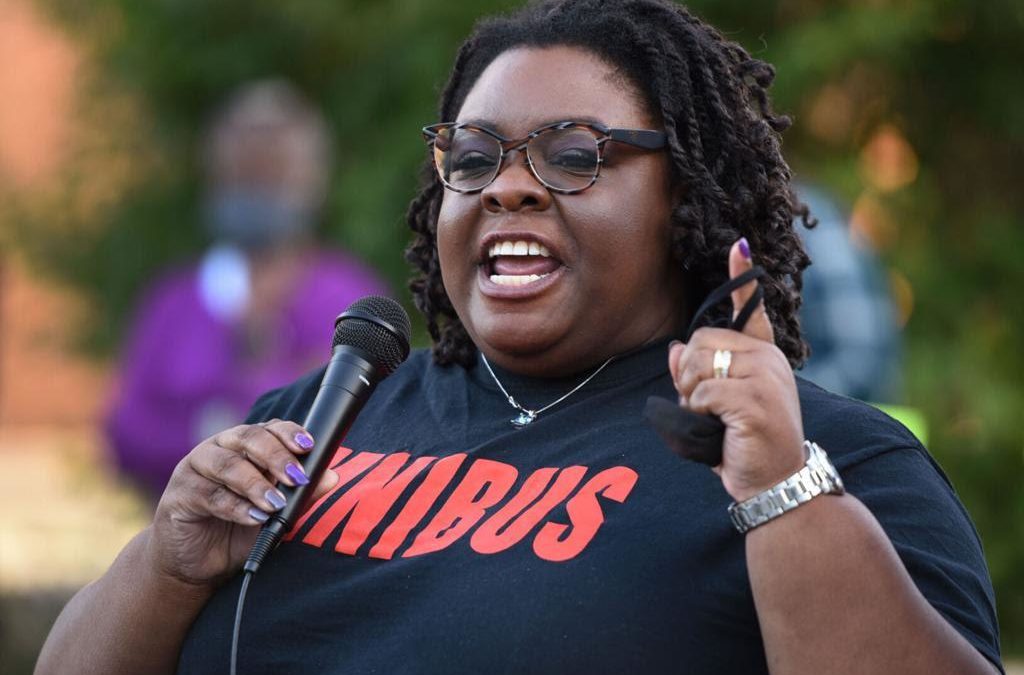 In the interview, Dawn Blagrove discusses discovering her life’s work at an early age. As a young girl growing up in 1970s segregated Milwaukee, she read Sam Greenlee’s novel “The Spook Who Sat By The Door.” It tells the story of a Black CIA operative who goes undercover within the system and takes what he learned back to his Chicago neighborhood to help young people start a revolution.

The book was one of many Black nationalist texts she read that informed her early awareness that structural racism is baked into American society. Her parents also laid a strong foundation for her activism. They both had ties to the Black Panther party and worked hard to teach her about the parts of American history she would not learn about in school. Blagrove’s mother built a home environment that instilled Black pride in her children: the walls were adorned with images of Black icons like Huey Newton and Angela Davis; the kids only played with Black dolls; and all Santa Claus figurines were colored in with a Sharpie. Blagrove continued to build upon that foundation through degrees in political science and law.

Today, as the executive director of Emancipate NC, she educates communities in North Carolina about the power they have to change the criminal justice system. Host Frank Stasio talked to Blagrove about what that work looks like in the midst of a national movement for racial justice and how the seeds planted in her childhood have come to fruition in her career.

You can listen to the full interview below, and read additional interview highlights at WUNC.

by Frank Stasio and Amanda Magnus