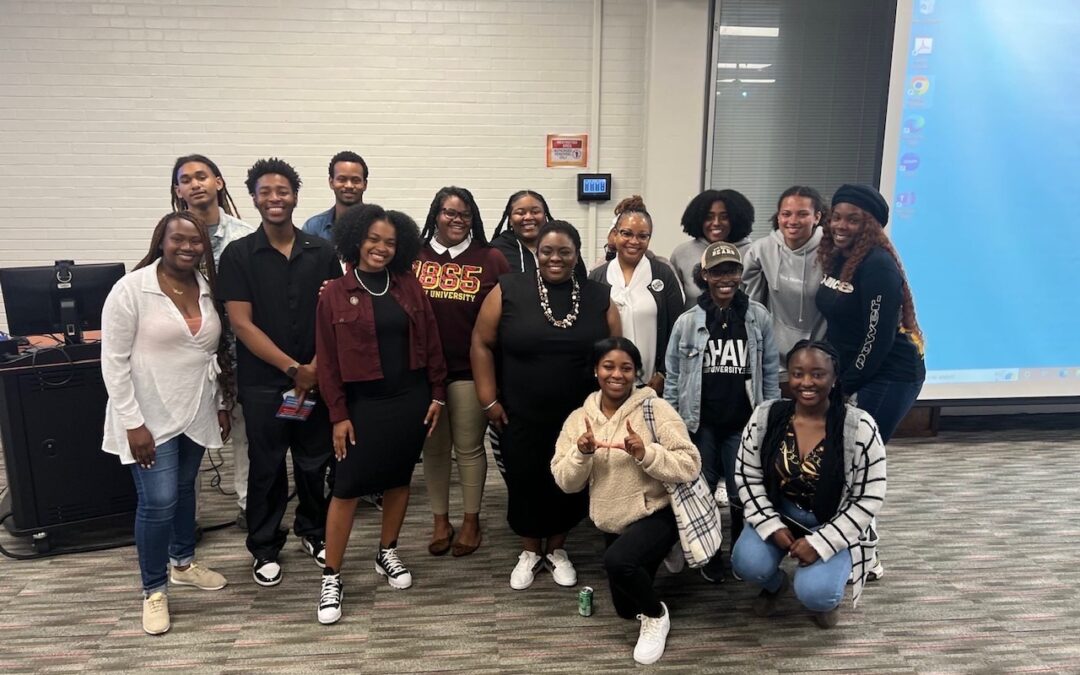 With critical midterm elections now less than a week away, Team Emancipate’s Dawn Blagrove has continued her Vote4Justice tour of North Carolina HBCUs. Most recently she spent an evening talking with Shaw University students about the importance of voting – and specifically about the elected offices on the ballot this year that will substantially impact criminal justice.

Voters in North Carolina this year will be electing representatives to city councils, district attorney, sheriff, and various judicial posts, all of which have a say in policing, prosecution, and/or imprisonment.

Students and young people are a critical and often underrepresented portion of the electorate. Turnout can depend heavily on what and who is on the ballot. At the Shaw event, Dawn and the students went deep into one issue that has been weighing heavily on their minds: the implications of the Supreme Court’s overturning of Roe v. Wade this past summer. And more generally, they discussed how state judicial elections will be critical to maintaining and protecting both reproductive and broader civil rights for our people.

Early voting in North Carolina runs through this Saturday, November 5. Election Day is Tuesday, November 8. Youth, adult, or senior: find your polling place and go vote if you haven’t already!