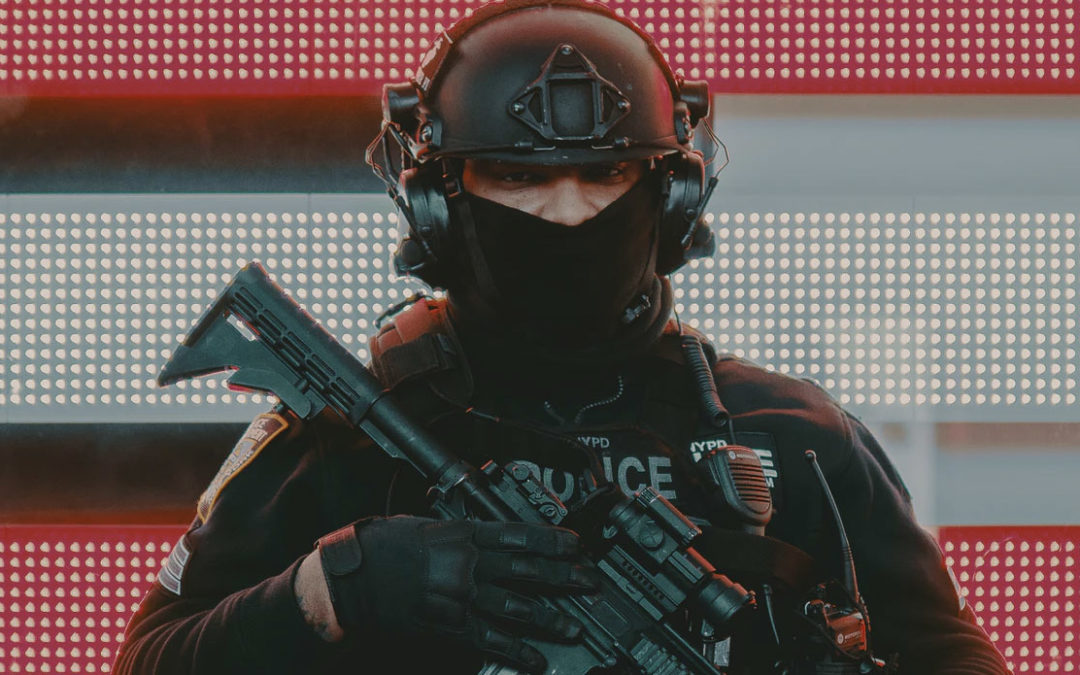 “Deadly Discretion: The Failure of Police Use of Force Policies to Meet Fundamental International Human Rights Law and Standards,” published this week by the University of Chicago’s International Human Rights Clinic, evaluates the use of force policies in the US’s twenty biggest cities from the perspective of international human rights law. Drawing from three different UN documents and treaties, the report grades each city’s police department by how well their policies relating to the use of force meet four main requirements of international human rights law: legality, necessity, proportionality, and accountability. None of the 20 police departments studied were found to be compliant with human rights law on all four of these measures. Using a scale of 0 to 100, no city received a grade higher than 85.

The legality requirement is an overarching principle which requires that laws be made and enforced which regulate the use of force in accordance with the other three principles. In grading each department’s internal policies, the study measured both the extent to which each police department’s policies complied with their respective state’s laws, and the extent to which those state laws themselves comply adhere to international human rights standards. No state received the full 20 possible points in this category, primarily because none of the states’ laws were found to regulate use of force strictly enough to protect human rights. In other words, although most of the studied police departments were found to have policies based on their state’s use of force laws, those departments did not meet the legality requirement because the laws themselves are insufficient.

The second requirement of necessity is based in part on the U.N Basic Principles on the Use of Force and Firearms by Law Enforcement Officials, which was adopted in 1990 and which states clearly that lethal force may only be used by police when it is “strictly unavoidable.” The necessity requirement is in turn divided into the three specific limitations on force: immediacy, particularized threat, and last resort. These limitations mean that lethal force may only be used when police are facing a situation which poses and immediate rather than developing threat, that the threat be a particular and discreet situation rather than a general heightened level of danger, and that all non-violent and especially non-lethal options have been exhausted, making the use of lethal force a last resort. For this requirement, the study found that 12 of the 20 studied police departments did indeed have policies which required each of these three elements to justify use of lethal force, and these cities received 30 out of 30 possible points for the necessity category. The other eight departments fell short in at least one of the sub-categories – for example, four cities received zero points for the “last resort” requirement because their policies neither directly referred to lethal force as a last resort, nor did they include specific de-escalation procedures designed to designate lethal force as a last resort.

The requirement of proportionality, inspired by language in all three of the UN documents about lethal force only being allowed as a defense of another life, requires that officers may not kill or attempt to kill except to save a life. The study simply granted 25 points to police departments which clearly limit lethal force to these life-or-death situations, and zero points to departments which do not do so. Only three cities did not meet this requirement, including San Jose, whose police department limits lethal force to situations of “self-defense” but not necessarily a threat to a life.

Finally, the report assigns a score of zero to 25 for each department based on their accountability procedures. One example of the legal basis for the accountability requirement comes from the U.N. Code of Conduct for Law Enforcement Officials, which was adopted by the UN General Assembly over 40 years ago and which requires that every police use of a firearm be documented and reviewed. Another UN resolution specifically calls for an external police review board made up of “independent administrative or prosecutorial authorities.” The report grades police departments based first off of whether their review process includes and external authority, and then by what is required to trigger such processes. A full 25 points would be granted only to a city which had an external review process which was automatically initiated by any and all uses of lethal force, whether or not that use actually resulted in death or injury. Only Los Angeles and Chicago’s police departments fully met this requirement, with eight of the 20 cities receiving only five points in this category due to having no external review process whatsoever.

Among the 20 cities, which were found to fall short of protecting fundamental human rights in their police department polices, Charlotte is ranked 15th with only 60 of a possible 100 points. One of the Charlotte Police’s weakest areas is accountability, as all of its investigations into the use of deadly force are conducted by the police department’s own Internal Affairs Bureau. Charlotte’s grade also took a hit in the legality category due to North Carolina’s state laws regulating use of lethal force, which allow deadly force to be used simply to prevent the escape of people in custody. Similarly, Charlotte also lost points in the necessity category because it allows use of deadly force to prevent escape, thereby violating the requirement of an immediacy restriction on use of force.

“Deadly Discretion” is a vitally important study which scrutinizes police department policies from the authoritative perspective of human rights laws. The fact that none of our country’s 20 largest cities meet the requirements found in international human rights agreements is itself a scathing indictment of policing in the US, and Charlotte’s particularly bad score confirms the activists’ allegations that North Carolina’s police system is fundamentally unjust. Even while appreciating the rhetorical ammunition that this study provides, however, it is important to note that it does not capture the entirety of the ways policing in America violates human rights. As the report itself admits, its evaluations of police policies “[do] not measure how these policies are implemented, or whether effective institutional processes are in place to ensure policies shape practice.” This means that even if a city like Charlotte received a perfect score – which no city did – we would still have to determine whether North Carolinians were actually being protected from human rights violations by the police, or whether its policies were purely formal and unenforced. Nonetheless, this report goes a long way towards unequivocally establishing that American policing is consistently failing to respect fundamental human rights.