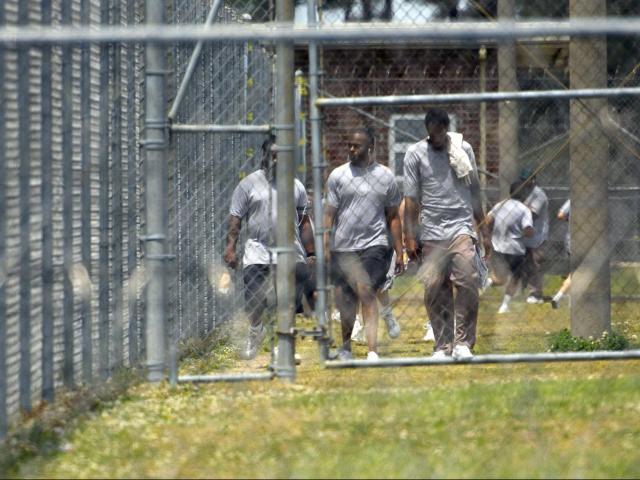 In June, Emancipate NC joined with ACLU of North Carolina, Disability Rights North Carolina, Forward Justice, and the National Juvenile Justice Network, filed a lawsuit demanding better protection for incarcerated people from COVID-19. The lawsuit asserted that the state’s failure to protect people in state custody from mass outbreaks of COVID-19 amounted to cruel and unusual punishment under the Constitution.

We were thrilled when Judge Rozier ruled then that groups bringing the suit could likely prove conditions in the state’s prisons are unconstitutional. As the case worked through the system, he put a series of conditions in place, and Rozier affirmed last month that the state was failing to meet them.

On August 28, Emancipate NC’s Elizabeth Simpson and our co-counsel from Forward Justice, Whitley Carpenter, gave oral arguments on a Motion that revealed prison officials’ repeated and willful noncompliance with court orders related to prison releases, COVID-19 testing, transfer protocols, retaliation, and the use of cruel and inhumane solitary confinement conditions for medical isolation.

During the hearing on this Motion, Simpson argued that the state continues to use solitary confinement in place of medical isolation, leaving prisoners without access to cold water, sunlight, conversation or exercise. She took issue with the prison system’s transfer policies and said incarcerated people fear retaliation if they complain about conditions.

“What happens behind these prison walls can only be tolerated because most people never see it,” Simpson said.

Whitley Carpenter from Forward Justice added that prisoners don’t have enough masks and that quarantines for people who test positive often mean 23-hour-a-day lockdowns in dormitories that aren’t air-conditioned.

We are hopeful that Judge Rozier will allow us to bring in a “special master,” an expert the groups want to review the cases of incarcerated people and consider early releases from prisons around the state.

We invite you to read more about the hearing from WRAL→