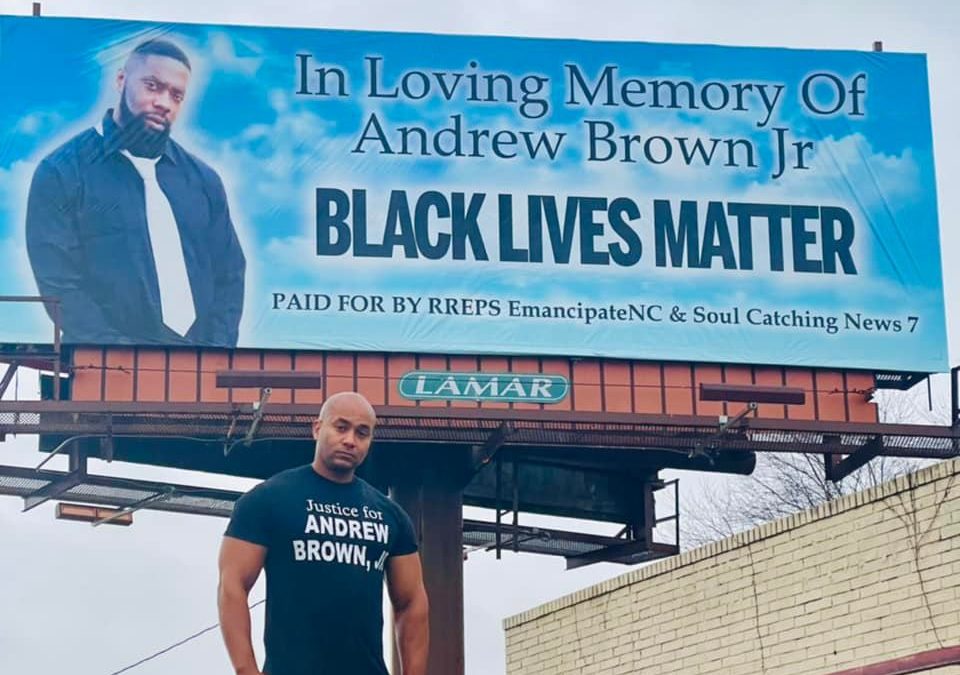 Image depicts Kerwin Pittman underneath a new billboard in Elizabeth City, North Carolina, dedicated to the life and memory of Andrew Brown, Jr.

Emancipate NC has raised a billboard in Elizabeth City, North Carolina to honor the life and memory of Andrew Brown, Jr., joining together with RREPS and Soul Catching News 7.

Last year, Andrew Brown, a 42-year-old Black man, was murdered by the Pasquotank County Sheriff Department in Elizabeth City. The local District Attorney refused to bring charges for the homicide.

In the wake of the murder, the Elizabeth City communty joined together in days of protest and lament. Emancipate NC was on the ground, providing solidarity and support, including bail funds for those arrested through the Freedom Fighter Bond Fund. Emancipate NC’s Protest Defense Network has continued to assist in facilitating pro bono counsel for arrestees.

Kerwin Pittman said, “It’s an honor to erect this billboard on Ehringhaus St. in Elizabeth City. We will not let them forget. An injustice anywhere is a threat to justice everywhere! Justice for Andrew Brown, Jr.”

The billboard was designed by Antwan Covington.