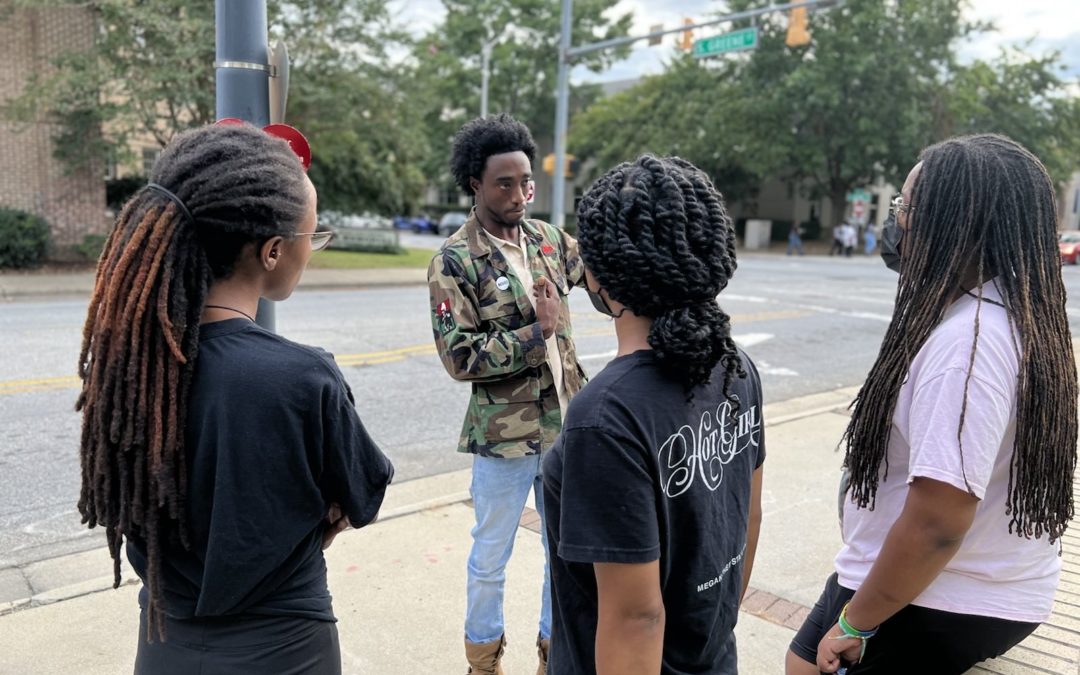 On August 31, Greenville Police assaulted and broke the hand of Denisha Rogers during a traffic stop for an alleged expired registration. When confronted with this misconduct and excessive force, Greenville Police justified themselves by stating that Ms. Rogers engaged in a “verbal attack” and that they were proud of their “professionalism.”

Emancipate NC has assisted Ms. Rogers to file a grievance and a petition for public release of the body camera footage from the traffic stop. Dedan Waciuri is working with the Peace Not Police coalition to continue to equip community members to protect themselves and their neighbors, and to document police misconduct.

Verbal provocation is absolutely no justification for the use of force in a regulatory traffic stop.

“You have a cultural problem here with your police department. We will shine a very bright light on the Jim Crow era of policing being condoned by this Board,” said Dawn Blagrove, in a message to the Greenville City Council.