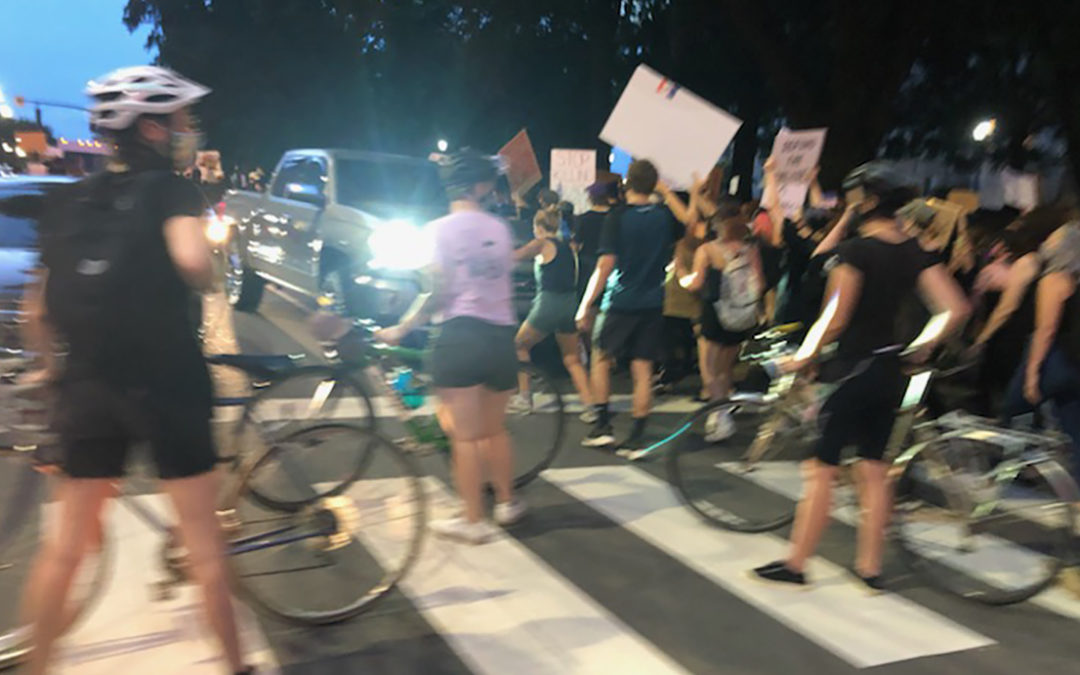 On August 28, close to 1,000 people marched through downtown Raleigh, up Fayetteville Street from the Wake County Justice Center to the State Capitol. The protest comes days after Jacob Blake, a Black man in Wisconsin, was left paralyzed after a police officer shot him from behind seven times, and one day after Wake District Attorney Lorrin Freeman declined to press charges against the police officer who murdered Keith Collins.

“These are protests in response to structural racism, systemic problems in our country to law enforcement, to other parts of institutions,” said Faisal Khan, founder and director of Carolina Peace Center.

By the end of the evening, however, police were out in force using tear gas and rubber bullets on protestors. Raleigh Mayor Mary-Ann Baldwin set a 10:00 pm curfew, allowing police to arrest protestors for staying out after that time. The police also arrested two National Lawyers Guild legal observers, who were observing police conduct and collecting documentary evidence.

Wake County magistrates set outrageous bonds for many of the protestors who were arrested. However, our Associate Director Elizabeth Simpson, Community Organizer Kerwin Pittman, and Board Member Kristie Puckett Williams were on the ground that night, acting quickly. Thanks to the generosity of our Freedom Fighter Bond Fund donors, we were able to finance the freedom of those who were unable to pay.

If you would like to help us continue to make sure we can be there as protests continue, you can make a gift to our Freedom Fighter Bond Fund today. You can also help by calling Wake County DA Lorrin Freeman at (919) 792-5000 to demand all charges be dropped against the protestors.