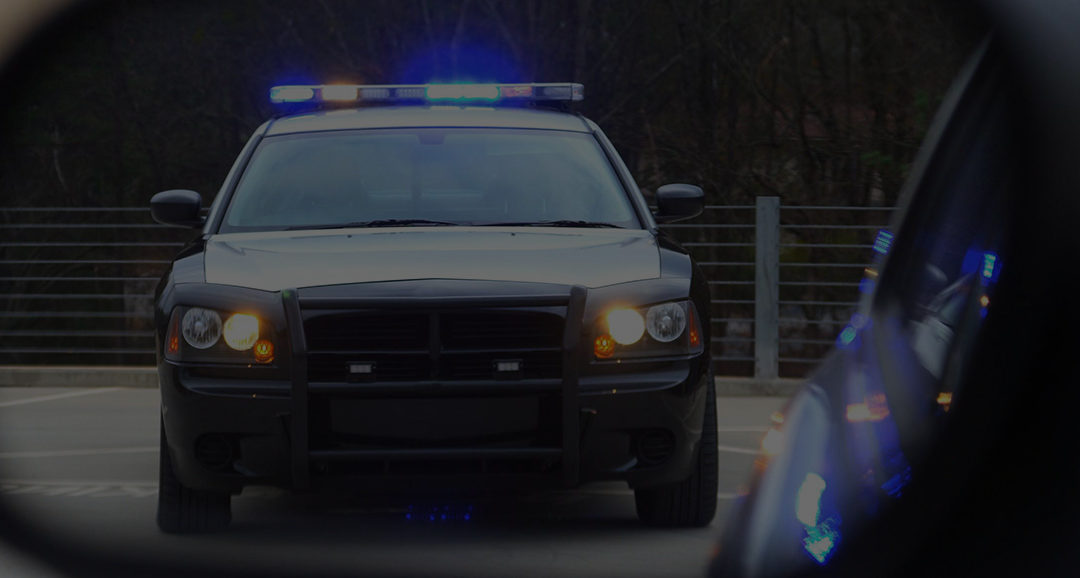 I was 16 years old, living in Oak Creek, Wisconsin. I was in the car with my mother, on a dark road, picking my father up from his second shift job. Two police officers pulled us over for a trumped up traffic violation. We were really stopped for being Black in Wisconsin after dark.

This was 1990, only months before Rodney King would become a household name because of a brutal beating by LAPD officers. The officers’ savage assault on King was captured on camera and shown across America. However, even with irrefutable evidence of police brutality against Black people, it didn’t matter. A painful truth was being made clear – even when America was forced to see the pain, literally and metaphorically, of being Black in America, they still didn’t care. The system didn’t care. We were without protection from state-sanctioned terror. Despite the videos, the acquittal of the officers in the King gave validity to a truth Black people knew – police were not there to protect people who looked like us.

This was long before white America publicly acknowledged “the talk” that generations of Black parents have been giving their Black children. I say acknowledge, because I refuse to encourage the false narrative that white America was wholly unaware that law enforcement often acted as a domestic terror organization in Black and Brown communities. This is not debatable. The terror law enforcement historically waged upon Black American is a well-documented, albeit uncomfortable, truth. White America is just now, finally, willing to speak it.

The stop quickly escalated to my mother and me having guns drawn on us by police officers for simply questioning the nature of the stop. One officer stood on either side of the car, yelling contradictory instructions at us.

Being just a teenager, my memory of the events are somewhat cloudy from the mix of rage-fueled adrenaline and mortal fear coursing through my body. I remember yelling that we had rights! I remember yelling that they had no reason for stopping us other than us being Black. I remember thinking, this is the moment I get to use everything I learned about the oppressed and the oppressors from reading the writings of Malcolm X, Huey P. Newton, and H. Rap Brown.

What I also remember is the palpable terror my mother had that I was going to watch her die protecting me, or worse, that we would both die on a dark street in Wisconsin simply for being Black. I thought these white police officers were going to kill us. But I was determined not to die on my knees. If I was going to die at the hands of racist police officers, it would be with truth dripping from my lips.

Even at that age, it was clear that what enraged the officers was that we knew our rights and had the audacity to ask for our rights to be respected. I thought we were going to be killed that night. Instead, we ended up handcuffed, in the back of a police car, and taken to the station.

What moves me to write about this 30-year-old experience is not the current moment of national reckoning we are experiencing with regards to police violence. I write because of something unexpected – suppression. For days, months, and even years at a time, I have completely forgotten having this experience.

My entire life’s work is committed to rooting out the racism and bias that underpins police misconduct. One would think that an experience like this would always be at the forefront of my mind, imprinted on my consciousness, driving my work.

But strangely, it is not. I believe that I, along with millions of other Black people in America, suffer from post traumatic stress disorder (PTSD), which causes a person to have difficulty recovering after experiencing or witnessing a terrifying event.

PTSD may last months or years after the traumatizing event occurs. Long stretches of relative peace can be quickly torn apart when a trigger presents itself. In a flash, memories of the trauma are wrenched forward, often with intense emotions and physical reactions.

For the sake of my own sanity, I did what millions of Black people do with untreated traumatic experiences created by state-sanctioned terror. I put it in a box in my mind and buried it deep in the recesses of my subconscious, where it could not hurt me. Then I built a wall around it so high that my mind could protect me from the pain.

Until something seismic happens that crumbles the wall. Elijah McClain was the earthquake that crumbled my coping mechanism. As I read an account of his dying words, I began to cry. That cry led to an hour of uncontrolled sobbing. It was the first time, since this most recent rash of state-sanctioned murders of Black people, that my mind allowed me to feel the full weight of the moment. Tears are streaming down my face as I type. I don’t know how long it will take for this wave to pass, for me to get these feelings back under control.

It is impossible for me, and I would venture any Black person, who works to dismantle systemic and institutional racism in the criminal justice system, to fully immerse ourselves emotionally. The pain is too much. The anger is too strong. The ball in our chest takes up too much space, making it hard to breathe, let alone fight to dismantle a violent system. We all have PTSD from living in a constant state of terror and fear. One of the paramount health crises of the Black community is untreated trauma. We are dying, in spirit and body, trying to suppress trauma.

So, the next time you question what it is that brings Black America to the streets in the midst of a global pandemic that we are disproportionately dying from, know that we are there because whatever mechanism we were using to compartmentalize our untreated trauma gave way.

When we collectively feel the pain of being dehumanized, it is imperative that we commune with one another. Our pain is too much to bear in isolation. Our mental health demands that we stand shoulder to shoulder with people who see, know, and respect our trauma.

I was recently asked to participate on a panel discussion on the need to expand Medicaid. I initially balked at the idea, because I did not want to acknowledge that police-sanctioned terror IS a health issue for Black America. Part of our fight for defunding the police is a fight to live free of physical and mental trauma. As we fight to rebuild systems, it is imperative that we also demand that America reckon with the trauma decades of institutionalized racism and brutality has caused. We deserve to be treated like human beings. That includes stopping future trauma, but also providing access to the tools to heal and process past traumas.

Oversized police budgets across America are filled with allocations designed to wage ware against the very people they are supposed to protect and serve – what else would weapons, armor, tear gas, tasers, riot gear, even tanks, be used for. This spending reflects a conscious decision that the people you serve should be terrorized with violence, aggression, and further trauma.

Localities don’t have to choose to fund terror. By fully and compassionately acknowledging the trauma and damage the system has caused for Black and brown communities, we can demand our local leaders choose a different path. Instead of arming officers for battle with the people they serve, those same funds could be used to heal and create opportunity. Money could be spent on social workers, substance abuse counselors, conflict mediators, and others ready to help. Funds could be directed towards affordable housing, job training programs, and finally giving schools and teachers they money they deserve.

Defund the police. Defund the continuation of a racist, aggressive, and inhumane system. Defund everything that has and continues to traumatize people like me. Fund compassion, love, hope, and opportunity instead.