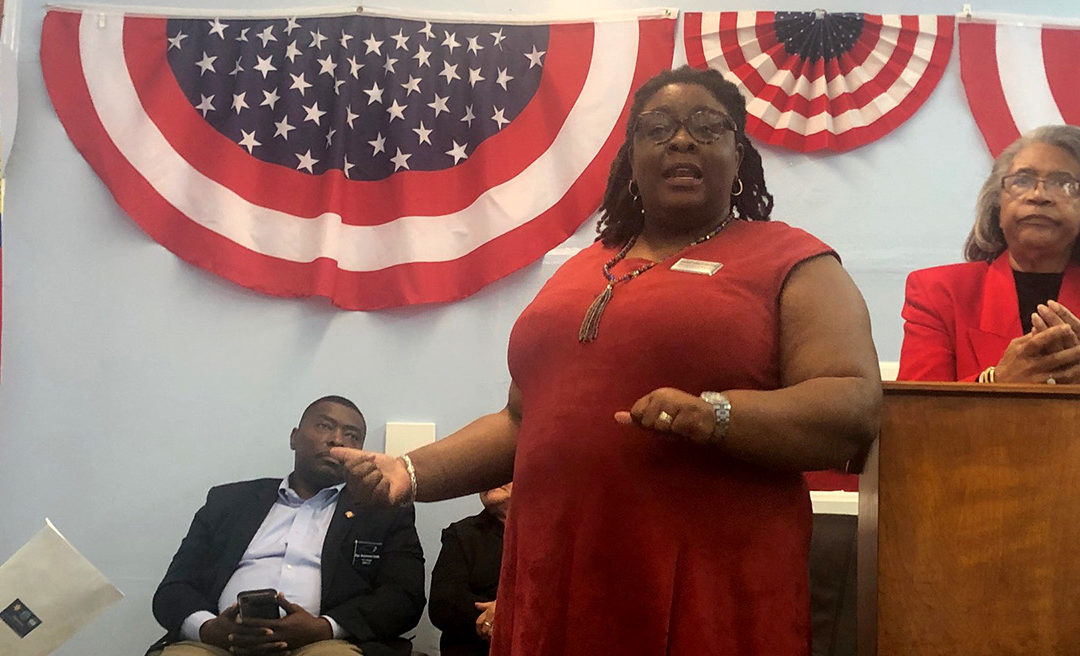 Women AdvaNCe has named Dawn Blagrove, the Executive Director of Emancipate NC as a Woman to Watch! Dawn is an attorney and attended Florida Agricultural and Mechanical University (FAMU) and North Carolina Central School of Law (woot woot). She plays a unique role at the Carolina Justice Policy Center, as she’s able to use her knowledge and experiences as an attorney to translate the pain the community is facing, and recommend real policies that make change. Dawn has a unique knack for building trust between herself and others. As we spoke with Dawn, she was on the way to Washington D.C. to talk about the booming jail populations in rural NC. Dawn says the federal government is giving large grants to rural counties to build jails as an economic booster, an action that is problematic in so many ways.

The primary mission of Emancipate NC is to dismantle mass incarceration and the criminal justice system in its current form. The criminal justice system currently is full of racial biases, and carries many disproportionate impacts on black and brown individuals. Dawn, Elizabeth Simpson (the Associate Director), as well as Justice Fellows from local universities are able to work together to tackle these issues through a series of actions.

Emancipate NC urges the public to vote in local elections. Dawn stresses how important it is to vote in the right folks as district attorneys, judges and sheriffs. She calls this “voting for justice.” Local officials like district attorneys have a big impact on communities. Dawn goes into communities across NC and talks about the power and roles that local officials like district attorneys have. She then gives the community the tools they need to advocate for the changes best for them. Dawn says it’s important for the local communities to be the drivers of making the changes. Talking points are provided for community members to help guide a dialogue between themselves and local officials.  When we change the criminal justice system in positive ways, we allow children to come home to stable environments. Narrative change is colossal. So often in the criminal justice system, women are the unspoken victims. Nobody talks about the impacts on women and their children.

Dawn says her parents and her upbringing inspired her to do the work she does today. In her community growing up, she says she saw high rates of incarceration for black men, and noticed early on that biases exist. As a kid, Dawn looked up to revolutionaries like Angela Davis, but discovered her role in this work. She realized that if she became an attorney, she could bridge the gap between directly impacted folks and power brokers.