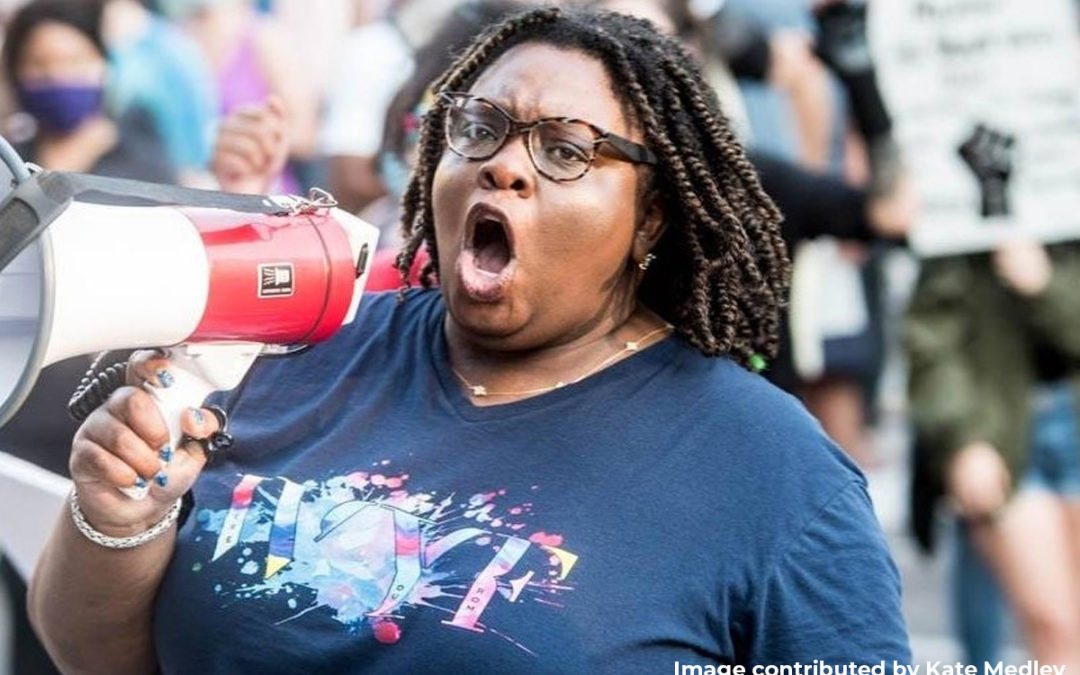 As recent months have unfolded, many Americans, and people of color especially have been forced to wrestle with feelings of powerlessness.  We are bombarded with news of threats to the dreams of dreamers, state-sanctioned hatred in many forms, and a return to a criminal justice system that seeks to address social problems by locking people away.  As soon as we are presented with one battle to be fought, another one surfaces.  In times such as these, what can we do to protect our communities?  One answer is to dig deeper into the power that we have as citizens of a democratic society.  We must continue to vote.  This means educating ourselves about the roles of all elected officials, not just those we hear about regularly.

Some elected officials that we regularly overlook are those who operate within our criminal justice system.  Sheriffs, District Attorneys (DAs), Judges, and County Commissioners collectively have the power to change lives in profound ways.  In North Carolina, a sheriff is the highest ranking law enforcement officer in each county.  While specific duties may vary from jurisdiction to jurisdiction, all sheriffs have duties related to three branches of law enforcement including policing, courts/criminal justice, and corrections/jail. The District Attorney (DA) is the elected public official in each county who represents the state in the prosecution of all criminal matters. North Carolina Judges preside over courtroom proceedings.  The Board of County Commissioners is the governing body for the county.  The City/ Town Council set policy and legislative priorities for municipalities.  While these are the basic roles of these officers and governing bodies, the impact they can have on the life of an average citizen is far from basic.

To better understand the direct impact these roles have on your life, let’s walk you through a troubled day in the life of Christopher.

Christopher is riding in a car with friends when the car is pulled over by the County Deputy Sheriff.  Each of the passengers, including Christopher, is searched.  In Christopher’s pocket, the Sheriff finds a small bag of weed. Before a case ever reaches a courtroom, sheriffs have the power to decide whether to make an arrest.  If the County Sheriff has a policy in place to reduce the number of low level drug arrests, Christopher is given a warning and sent on his way.  Instead, Christopher is arrested and taken to jail.  The sheriff is charged with making sure all detained people, including Christopher, are treated humanely while they are there.

Judges are powerful figures as well.  They can decide whether a defendant is granted bail.  If Christopher’s case goes to trial, the judge is tasked with making sure the rules of proceedings are enforced so that they are fair to both sides. For instance, if Christopher argues that the search conducted by the deputy sheriff was illegal, a judge has the power to exclude the evidence. The judge also makes the final decision on the sentence Christopher may receive.

Christopher is your son, brother, nephew, neighbor…you.  This is just one simple example of how the sheriff, district attorney, judges and county commissioners impact your lives, but there is so much more to know and learn about these important criminal justice offices.  As we head into important municipal elections, we must prioritize electing individuals willing to use the power of the office to be transformative. The people cannot support pretend progressives who are afraid to use the power we give them to make their deeds match their words.  Emancipate NC has prepared an educational program aimed at educating voters on the roles these elected officials play and giving citizens the tools needed to make elect people committed to using the power we give them for radical transformation of the criminal justice system.  Emancipate NC wants to come to your meetings, gatherings, churches and community events to educate and help you develop policies and procedures that serve creating real safety and not the illusion of safe communities.  If you are interested in Emancipate NC presenting to your group, please call Attorney Dawn Blagrove, Executive Director of Emancipate NC, at 919-682-1149 or via email at dawn@emancipatenc.org.