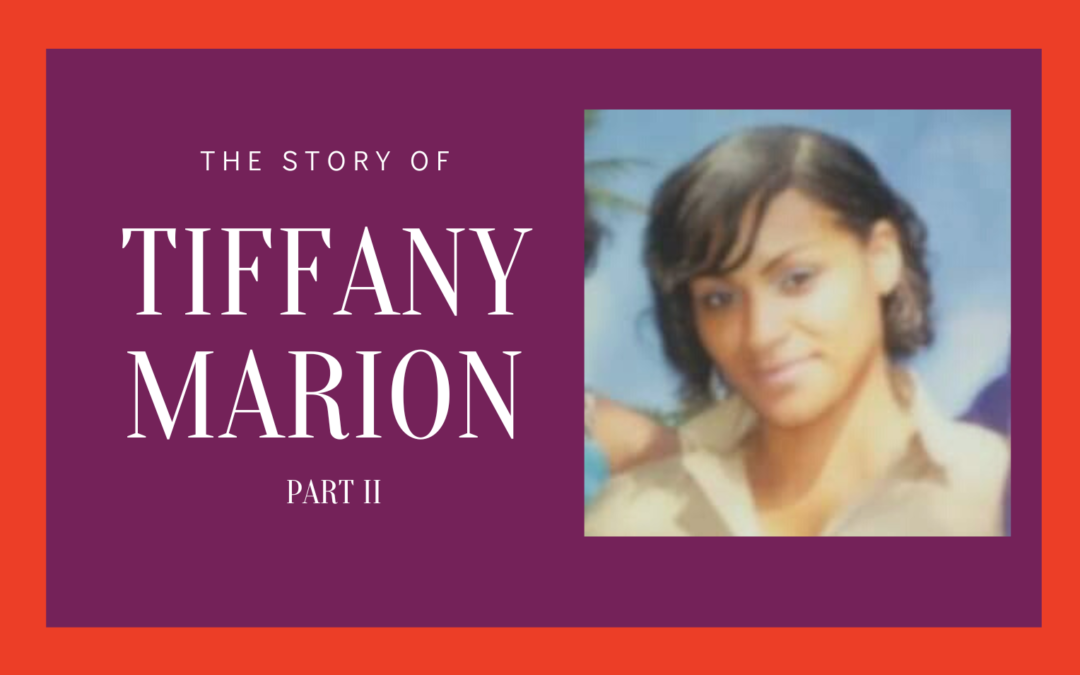 As explained in the first part of this series, one of the main unspoken issues within the plea bargaining process is racial discrimination. Tiffany Marion, a young Black woman, experienced this firsthand in her case with a biased prosecutor in Swain County who was extremely racially prejudiced in deciding to whom she would offer plea deals and the terms of those plea deals. In this second part of the series, we are going to focus on Tiffany’s case and why it exemplifies racial discrimination in the offering of plea bargains.

After a murder, five people were charged. This included Tiffany and another person, even though both were outside of the physical location where the crime occurred. Two of the men, Miles and Johnson (both Black), were charged and entered pleas to first-degree murder and received sentences of life without parole to avoid capital trials. Another defendant, Mangold (white) entered a plea to second-degree murder and related charges for an agreed-upon sentence of 22 years, 9 months, minimum. The next defendant, Goolsby (white) entered a plea to accessory after the fact of second-degree murder and other charges for a minimum sentence of seven years. Goolsby was released from prison in 2016. Tiffany Marion (Black) was never even offered a plea.

Jack Steward, lead counsel for Ms. Marion, believed that evidence showed Dean Mangold was more culpable than Ms. Marion, but, “Dean was white and Dean was local and Dean had family in the area”. Mr. Steward sent in a written proffer to Chief ADA James Moore, proposing an agreement between the Prosecutor and Defendant in which information about the crime is exchanged for the promise that their information and words will not be used against them in a later Court Hearing. But Moore neither responded nor offered Ms. Marion a plea.

Moore testified and said that he believed that Mr. Stewart and Ms. Marion would not accept any plea, even though they were working very hard to obtain one. He also testified that Tiffany Marion profited from the robberies associated with the murder because she did not separate herself from her co-defendants, in contrast to Mangold and Goolsby, who fled from the scene and separated themselves from the other defendants.

Ashley Welch, another prosecutor on the case, claimed that Ms. Marion’s risk of reoffending was high enough that, if she received a twenty-year sentence, she was so young she would reoffend again, based on her psychological evaluation, even though Welch did not have the report pretrial. Compared to Mangold’s psychological report, which was obtained pretrial, it detailed numerous risk factors, including a history of assaultive conduct and personality traits making him “quick to fly off the handle.” Despite this, he was twenty years old when he entered a plea to less than twenty-three years. He is eligible for release at forty-three years old.

In this case, Ms. Marion, Mangold, and Goolsby were all indicted for first-degree murder under the felony-murder rule based on acting in concert. None of them went into the victim’s house armed with guns like Miles and Johnson. Thus, they were similarly situated because they committed “roughly the same crime under roughly the same circumstances,” which is the standard that relevant case law requires.

By any reasonable view of the evidence, Mangold was more culpable than Ms. Marion or Goolsby since he was the sole connection to the victims, planned the robbery, directed Miles to the victim’s house, went up toward the house, and was armed with a gun. Along with this, some other major differences between Tiffany’s case and Mangold’s case include the following:

After viewing just a few of the facts of this case it is extremely clear racial discrimination played a huge role in this case plea bargaining process. Tiffany was less culpable than Mangold yet never offered a plea.

Sadly, Tiffany’s case was recently declined to even be reviewed by the North Carolina Supreme Court, though Justice Earles dissented, stating: “In my view defendant’s equal protection claim is cognizable and colorable. This is a novel and complex issue not previously addressed by this Court, and defendant is sentenced to life without parole. The allegations demonstrating racially disparate treatment raise the strong possibility that a serious miscarriage of justice has occurred in this case.”

In part 3, you will read a soul stirring letter from Tiffany Marion herself.